(7/10) When four musicians leave a band it's often the end of the same. Not in the case of Sabaton. Four band members left in 2012 and started a new group called Civil War, while Sabaton was continuing the success-story. In the meantime Oskar Montelius left the band and was replaced by guitarist Petrus Granar.

The expectation in 2012 was from a lot of fans that Civil War will be a kind of Sabaton 2.0.. But the debut of the band has shown something else. "The killer angels" was a rather big surprise in the meaning of being different. The album was less bombastic, had more edges and sounded more down-to-earth. The icing on the cake is and was the voice of Nils Patrik Johansson, also known from Astral Doors. The guy has an excellent metal voice and the comparisons with the legendary Ronnie James Dio aren't taken out of nowhere.

OK, why do I mention all this. It's because I think that the new release of Civial War is a step back. The new album only in parts contain the mentioned trademarks. Instead Civil War goes back to their past - actually not Civil War but more the band members. "Gods and generals" comes with those cross-references to Sabaton that was expected from the debut. Also the 'war theme' comes back more often and like with Sabaton I don't like the theme of war being combined with almost 'happy metal sing-a-long chorusses.

Songs like "Bay of pigs" and the fast "USS Monitor" could have been also on one of the Sabaton records. Considering the background of the band members this might be something that is very explainable - if they would not have shown on the debut that they can do better. Don't get me wrong, the new longplayer isn't a bad one. It is just that it could be a bit more Civil War and a bit less Sabaton.

And there are tunes on "Gods and generals" that show this. "Admirals over the oceans" is one of them and the pounding "Back to Iwo Jima" is another one. Actually the more you get towards the end the more the old Civil War are returning. The slow "Schindler's ark" is one of the best tracks on the album and also the title track belongs to the credit side of the album.

"Gods and generals" has its moments. Towards the end the tunes get more authentic and less Sabaton. What is a big joy throughout the entire album is singer Nils Patrik Johansson. For me he does a great job on the album. I think that "Gods and generals" is one of the best records he was singing on. 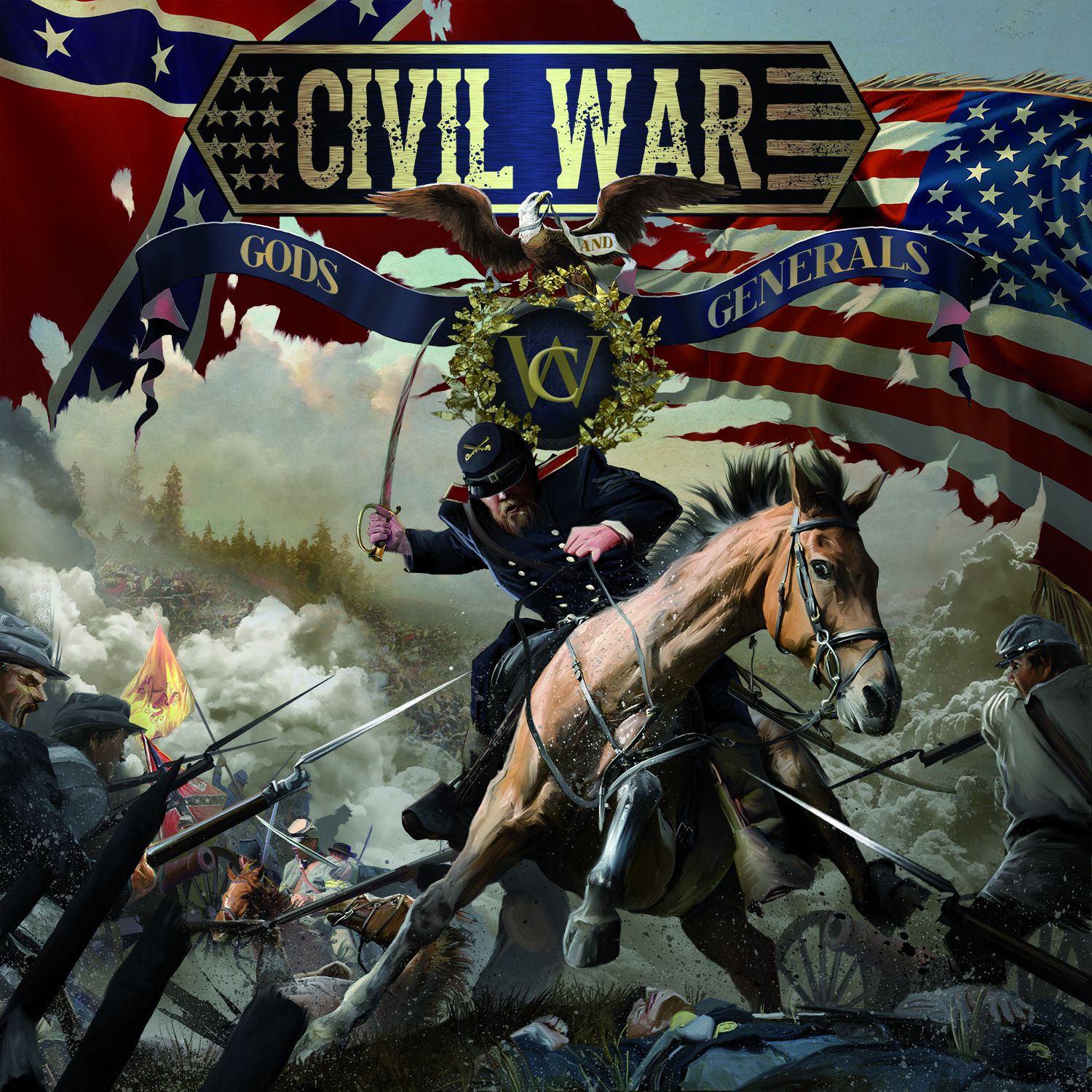