March 13 was falling on a Friday this year. What a great date for having a show with Moonspell and Septicflesh, supported by Spartan. The Patronaat in Haarlem hosted this power package that was a surety for excellent metal.

It was up to Spartan from Haarlem to kick off that night. Their death metal fitted very well into the evening and they did a good job by preparing the stage for the bands to come. After the show one of the fans welcome his friends with a "You missed the best band." I wouldn't go that far but it was a solid set from the locals.

Then it was time for Septicflesh. It was the first time that I have seen the Greek black metal institition live. Therefore I was really curious about the live show, esp. since the last longplayer "Titan" was a very good one.

The four-piece from Athens had with "War in heaven" an excellent start into the show. They had a pretty good sound from the first moment on and hammered the song into the crowd that appreciated the raw power spread by the band. Covered in a mystic dark/blue stage light Septicflesh focussed on tracks from "Titan" embedded in some classics from earlier releases like the mighty "Anubis" and "Cumminion" from the album of the same name.

I was impressed by the 60 minutes long show that was also very much appreciated by the fans of Moonspell as well. This isn't a given since their music is slightly different.

All in all it was a delicate hour of harsh black metal that was a sonic gate to the 'South of heaven'. Time for the headliner on Friday 13. Moonspell entered the stage with a first highlight. The opener "Breathe (Until we are no more)" from the current record "Extinct" was chosen to start a 90 minutes long gig of metal and darkness. Followed by the title track and the 1996 classics "Opium" and "Awake" the start couldn't have been better. The Patronaat became a madhouse. Having those tracks in the backhand made the statement from singer Fernando Ribeiro to a kind of understatement when he said, that "some bands come to play their hits. But since we don't have hits we just play songs". If those tracks are 'just' songs I don't even want to know how hits would sound. An impressive start into the show of the Portugese five-piece was guaranteed anyhow.

At that stage I also have to mention the sound. Moonspell got an excellent sound too. Considering that this was the second show on the current leg of the European tour a formidable fact.

The focus of the show was on the new album - of course. But the band also played quite some highlights from the debut "Wolfheart". The album has its 20 years anniversary and tracks like "Wolfshade (A werewolf masquerade)" and "Vamperia" are still great songs that show the rawness of the early days. I have seen the band for the first time in 1995 in Ulm, Germany when they opened for Tiamat and I must say that 20 years later songs like the mighty "Almar mater" even gained over time.

The only song I missed was the brutal "Alpha noir" from the last release. Buy OK, this was something I could live with.

I haven't seen any disappointing show from the Portuguese band over all those years and also the gig in Haarlem didn't change this. Moonspell got mature over the last twenty years and found their sound without becoming predictable.

And as a funny sidenote it was Moonspell that included almost more 'snow' in their show than the Dutch winter had to offer. 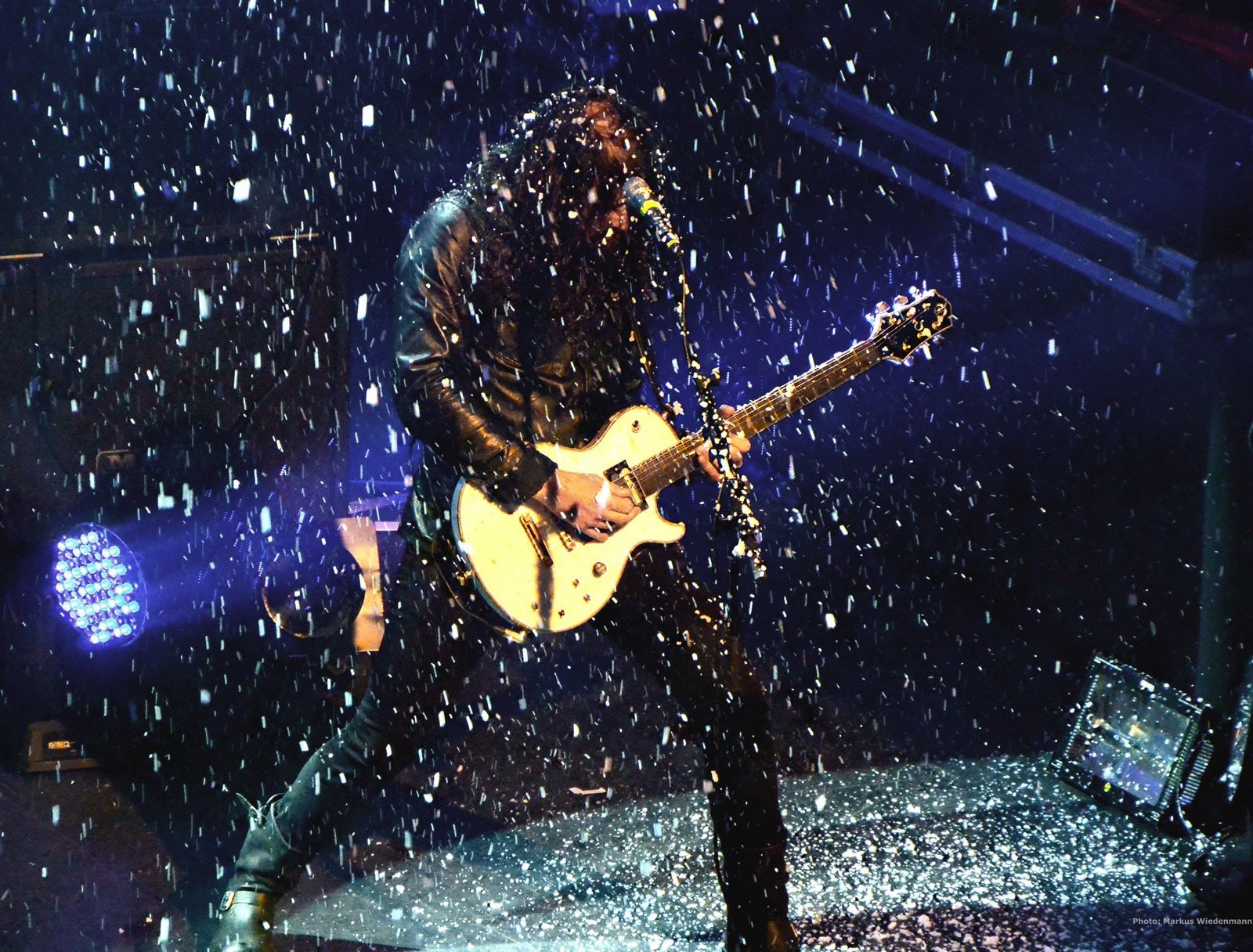 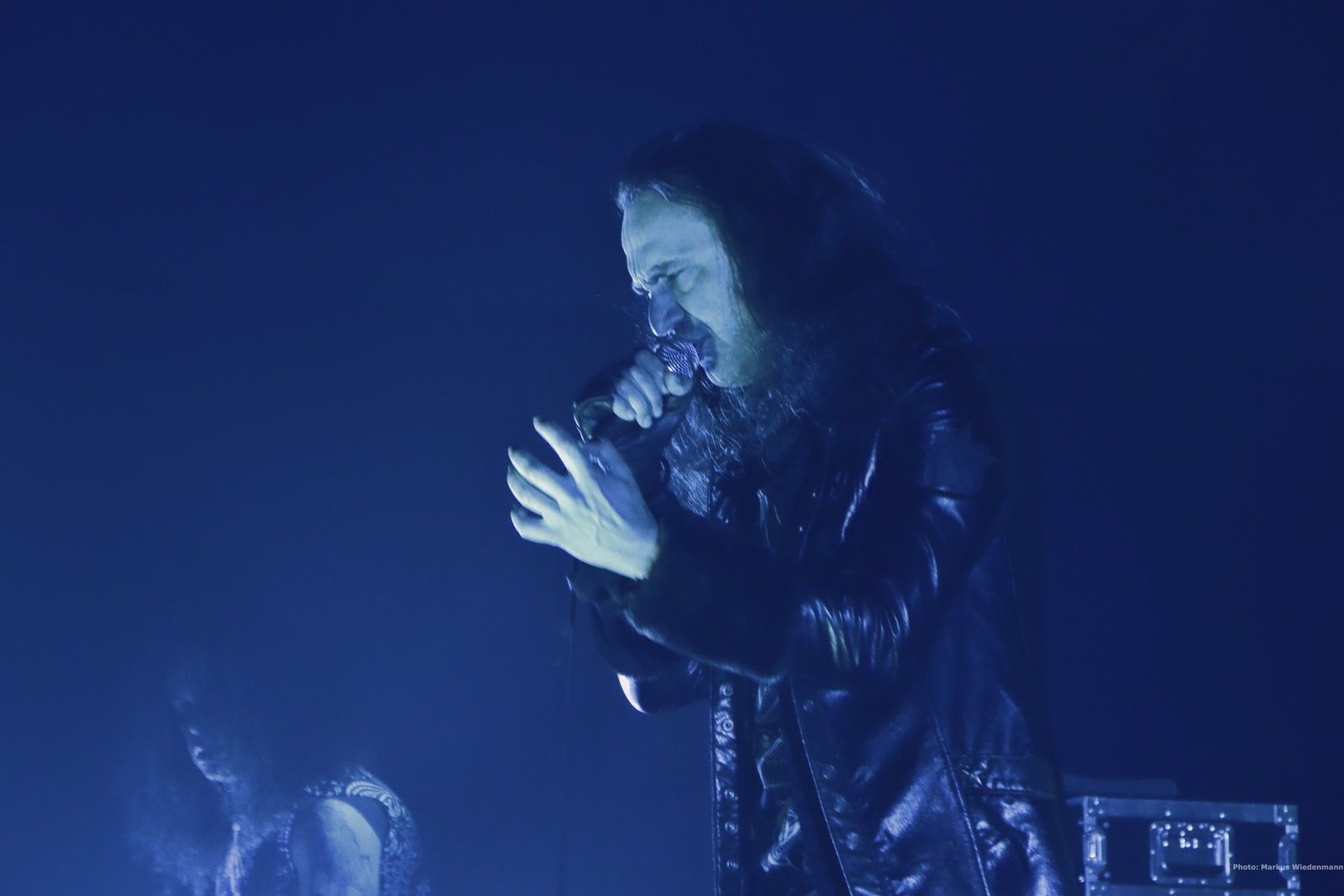