(8/10) I can't make head or tail about it when it comes the Scorpions. The heavy metal dinosaurs have been on the road for many years doing a 'Farewell tour' which led them all over this planet. Everybody thought that the band from Hannover, Germany was slowly preparing for retirement. But sometimes things don't turn out as you might expect. This is also the case when it comes to the Scorpions. Instead of going to pension they release a new album called "Return to forever". And it's a quite good one too.

It took a while to get from the first thoughts for such an album to the real release of the disc. In the beginning it was more the intention to take some song ideas from the past, finalize those and record them. But by doing this the passion became stronger and stronger - also supported by the two Swedes Mikael Nord Andersson and Martin Hansen. The result is the new album that presents the band from Hannover fresh and modern, but also more traditional at the same time.

The start into "Return to forever" is chosen very well. The opener "Going out with a bang" is a real bang in the beginning. Strong and with an excellent riff from Schenker/Jabs the song the track is a real blast. The second title is the first single release at the same time. "We build this house" is a typical Scorpions song that reminds in the beginning a bit to "Rock you like a hurricane". The soulful verse and the heavier chorus go hand in hand very well - all kept together by an excellent vocal line and a Klaus Meine at his best.

"Rock my car" promises heaviness already in title. And the band 'pushes the pedal to the metal'. The energy allows a crosslink to the "Blackout"-album. The cherry on the cake is the excellent guitar solo from Matthias Jabs. This is a real headbanger.

After such an energetic beginning it is time to breathe. And the Scorpions give you the time herefore. "House of cards" is the first ballad on the album. It is a soulful tune with gentle acoustic guitars and again it's Meine's vocals that are adding a lot to the song. What I appreciate very much is that the track isn't that one of those chessy ballads. It is an excellent silent song from one of the biggest rock bands.

After such a break it's time to rock again with "All for one" - a song with a heavy riff and a good verse. It's just that the chorus doesn't put a spell on you. Don't get me wrong; it's not a bad song, but the first ones have been better.

Fortunately "Rock'n'roll band" brings the band back on track. The tune is a fast rocker that reminds to the earlier days of the band. The guitars are roaring, the rhythm section is pushing - a song that is right to the point. One of the best songs from the Scorpions since quite many years.

"Catch your luck and play" is another track with a moderate speed and is the second one that belongs to the weaker ones. The song sounds more like a breeze compared to the other blasts on the album. It's no pain in your ears, but it's also not a track with a real 'wow'-effect.

"Rollin' home" is a track that is based on strong rhythm and reflects the mainstrem side of the band, before "Hard rocking the place" brings back the metallic sting again. The tune grooves like hell and is a throwback into the 80's. Well done.

"Eye of the storm" is the second ballad on the album and again cliche-free. It shows that the band can write good ballads. It's a song for everybody who appreciates the softer tunes of the band while having heard "Wings of change" far too often.

After such an emotional moment it's time again for some headbanging. "The scratch" is a perfect song for this before the closer "Gypsy life" brings back the more silent moments. The third ballad picks up the spirit of "When the smoke is going down from the "Blackout" album without being 'version 2.0' of the song.

Next to those twelve songs the deluxe version of the longplayer gives you even four more songs: "The world we used to know", "Dacing with the moonlight", "When the truth is a lie" and "Who we are". And with "Delerious" the iTunes version of the album gets another bonus track too.

"Return to forever" is a thrilling new album that is much better than what I have expected. Yes, there are 2-3 song which aren't really my thing. But the rest of the album is the best what the band released since quite a while. And if "Return to forver" means that they are back and will stay than we might can look forward to even more good stuff from the German metal institution that is 50 years in business. 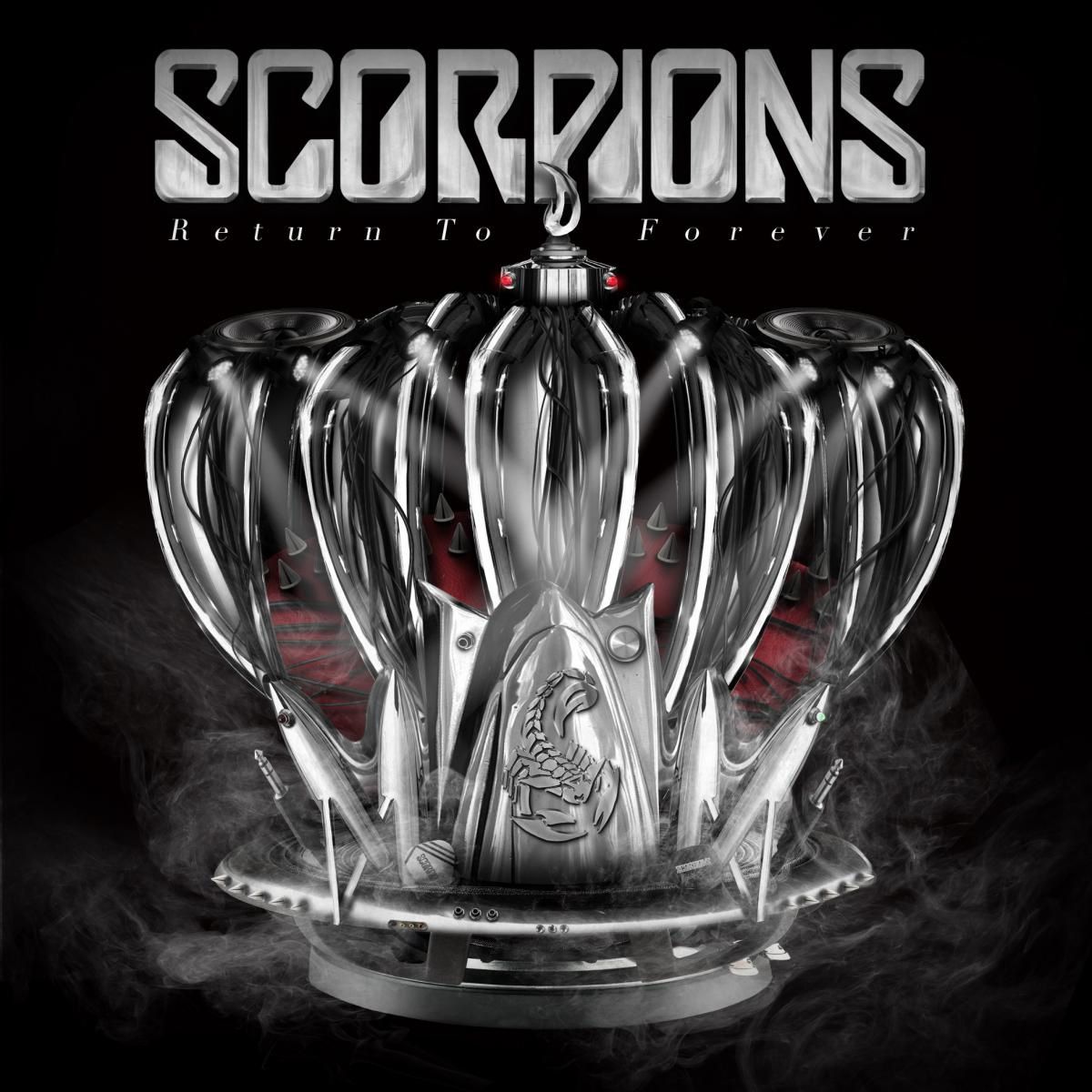