(9/10) When Nevermore decided to stop, there was a glimpse of hope that Warrel Dane re-activate his old band Sanctuary. It was in 2010 when the first signs of life appeared. Sanctuary reunited and played some festivals in Europe and North America. But that we have the pleasure to also receive a new Sanctuary album is more than what I expected in my wildest dreams.

Based on that my expectations have been very high. Records like the band's debut "Refuge denied" and esp. "Into the mirror black" have been milestones in metal history and I was curious, if the band could live up to the high expectations.

Now we are that far. The new disc is out there on the market, ready to be picked up. Already the opener "Arise and purify" pushes you back into 1990 when the band released their last album "Into the mirror black" (by the way, one of my first CD's). Sanctuary's gift is a unique sound that you can immediatly connect to band. The base for this are the vocals of Warrel Dane, which are pretty much one-of-a-kind. And it's the riffs from Jim Shepard, a guy that accompanied Dane already from the first Sanctuary days till today. Both are the foundation Sanctuary.

The trip continues as it started - with high quality. "Let the serpent follow me" is a bit slower than the opener, but not less heavy. It has a brutal groove and a few nice tempo changes. Than it becomes gloomy. "Exitium (Anthem of the living)" spread a dark atmosphere that has a depressive touch. Well done.

With "I am low" the album contains also a ballad that has really depth. Actually ballad is the wrong word, since the track builds up in the chorus, but has also the soulful acoustic parts too. Let's say, a power ballad.

With "Ad vitam aeternam" the record has a short instrumental that heralds the final chapter of the album. It is the title track of the album - "The year the sun died". It is an epical and slow five minutes long bouncer that reflects again the uniqueness of the band from Seattle.

Having Sanctuary back means having seen a reunion that makes sense. "Waiting for the sun to die" became the expected excellent return of a power metal legend. This album makes fun from the first to the last note and is one of my personal top 5 releases in 2014. Welcome back guys and I hope to see you on European stages very soon. And now please don't disturb me, because I have to listen to the album again...

PS: If Savatage takes the same approach, playing some festivals (Wacken 2015) and than releasing an new album a couple of years later I would be more than happy. 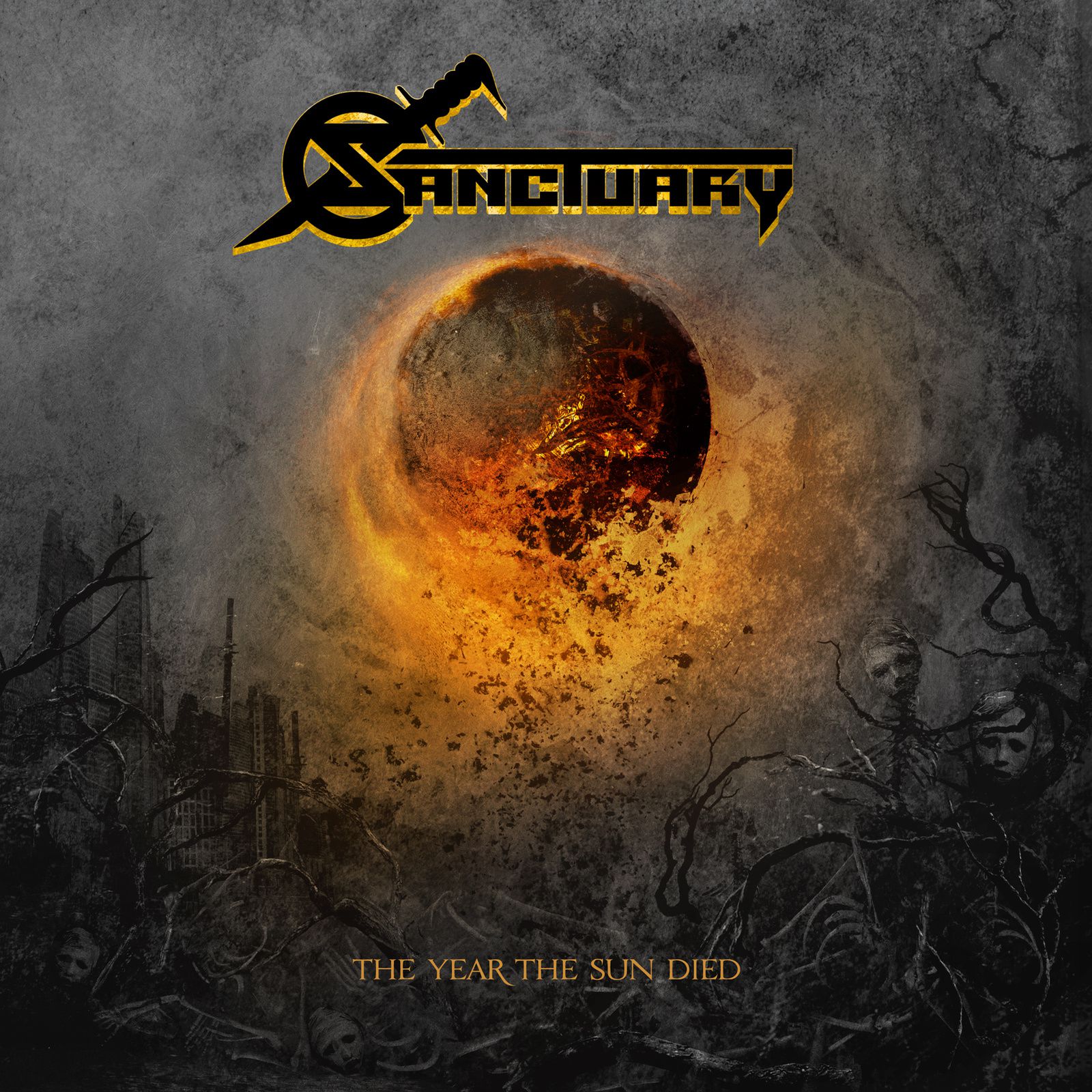