(8/10) North America isn't the area for black metal bands. Those are more coming from Europe. But there are moments when a pitch black surprise comes across the ocean.

This time it is named Nightbringer. Already the name of the quintet from Green Mountain Falls, Colorado is a clear statement. We are not talking about happy and catchy melodies here. The ten black metal songs are dark and intensive. This album isn't a laid-back piece of music. It's a demanding metal record which screams for your attention - at least when you're interested in black metal.

The first thing I want to state is the doomy and powerful sound of "Ego dominus tuus". It gives the tracks the right gloomy atmosphere that is needed.

The music itself is influenced by bands like Dimmu Bordir (in the earlier days) and Emperor. But Nightbringer has enough own components in their music to not copy the before mentioned ones. Of course they don't reinvent the wheel with their record, but the 'give the wheel another twist'.

The highlight of the album is reserved to the end. It is the epical long "The otherness of being" that sticks out. It's not easy to keep the tention high in a twelve minutes black metal song. But Naas Alcameth and his gang manages this pretty well. The brawly vocal by Ar-Ra'd al-Iblis, the riffy guitars and the ochestrated background create an oppressive sphere and sound like the ouverture to the gates of hell.

Only small point of critic is the length of the album that is with 72 minutes maybe a bit too long for a black metal record. But anyhow, you can't get enough from good stuff.

All in all "Ego dominus tuus" is one of the best black metal albums from outside Scandinvia. A good fourth strike of the band. 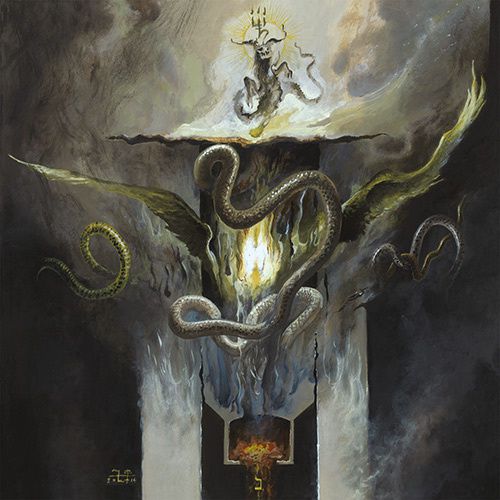