August in Amsterdam. Sun outside. 26 degrees. The weather tried to be a bit Lousiana style to welcome Down in the Melkweg.

The guys from New Orleans touring through Europe at the moment to play some of the big festivals. The Amsterdam crowd had the pleasure to see the mighty riff masters in a club environment. Nothing against the big festivals, but the intesity of a Down show in a small 700 visitors venue is not comparable to anything else.

This time there wasn't any support act. It was a pure evening with Down. Around 20:45 everything was prepeared for 'showtime'. The Oude Zaal in the Melkweg was filled up to the last spot, temperature was rising and the coming 90 minutes made it even hotter in the Melkweg.

It was "Down" from Harry Nilsson which opened the show as the intro before the band entered the stage. The start into the set with "Eyes of the south" couldn't have been chosen better. It set the tone for the coming one and a half hours. It also became obvious already at that stage that the band was up for playing this show. They all had a lot of fun. Also Phil showed again his great frontman capabilities. Not only that his voice is unique and awesome, also the way how he interacted with the fans was authentic and from the heart. It was great entertainment too - just thinking about a few ironic statements about corpsepaint and 'really evil frontmen' that made people smile.

But it wouldn't be fair enough to focus too much on Phil Anselmo, since Down is a band and stands as one unit. Jimmy Bowers and Patrick Bruders gave the show the groove while Pepper Keenan and Bobby Landgraf hammered the mighty Down riffs into the crowd. Talking about Landgraf. It was good to see how he became a part of Down during the last year.

The setlist, as you can see, covered all the important milestones of the band - at least as much as possible. New songs as the slow doom monster "Conjure" have been appriciated by the fans as well as the older songs like "Hail the leaf" from the debut album "Nola". With "Lifer" the show also contained the Dimebag Darrell tribute moment and what could have been a better end of the show as the mean and heavy performed "Bury me in smoke". In the end Phil Anselmo even picked up the guitar himself while the band handed over their instuments to the crew members for finalizing the song. A good symbol for what it is all about. It's about real music and fun.

All in all it was around 90 minutes of heavy riffs, high energy, passion, heat, sweat and tones of metal. That's what meta lis about and I hope to see the guys from Lousiana back on a Dutch stage pretty soon again (actually they are in De Pul in Uden tonight - go there). 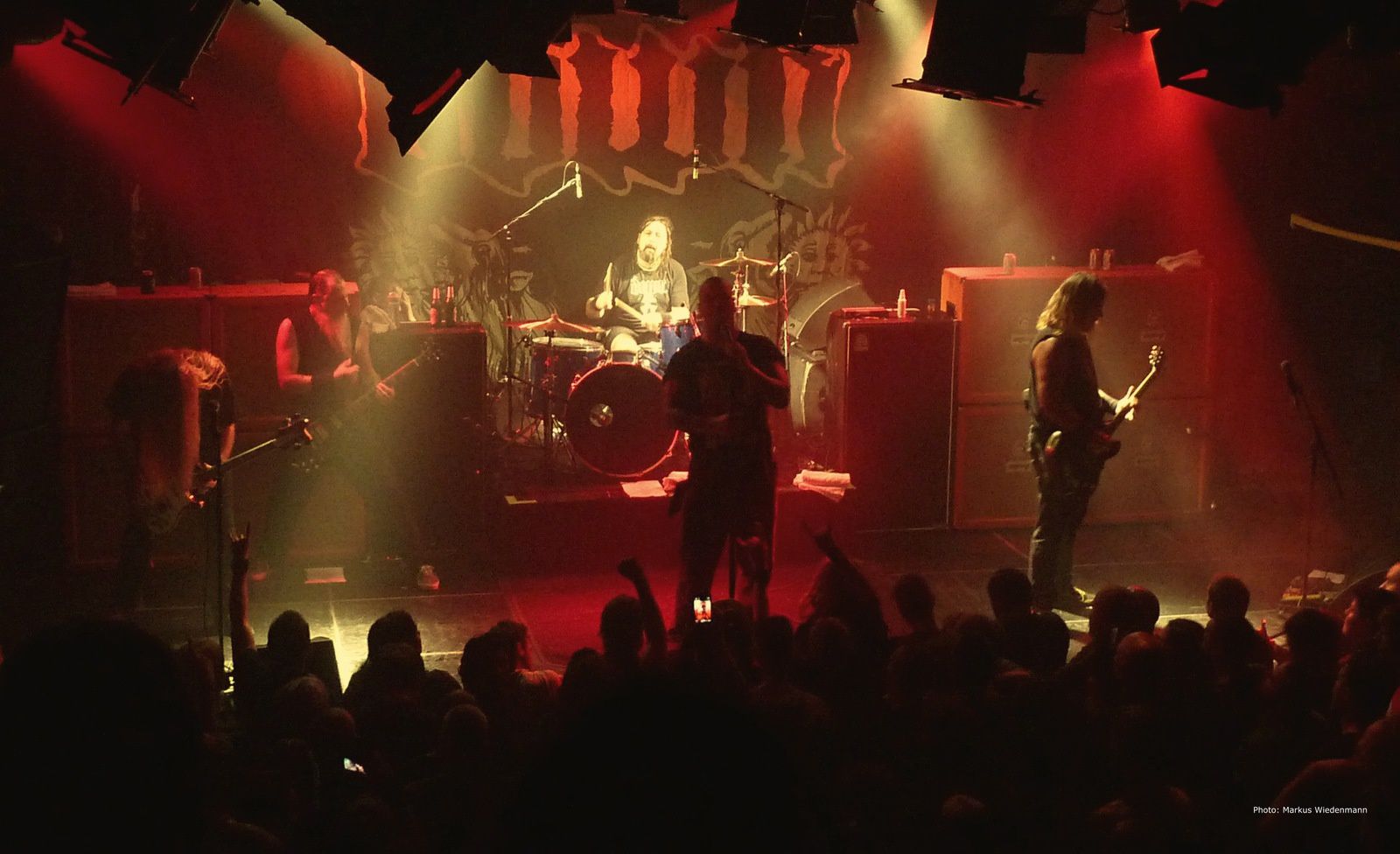 (8/10) As promised Down released part 2 of the announced EP series. Another six anthems from the Louisiana based all-star band. What started many years ago with their highlight &Nola& climaxed in ...