Interview with Bjorn Gelotte from IN FLAMES

A few weeks ago I had the chance to have a chat with In Flames guitarist Björn Gelotte. We talked aminly about the new album from In Flames which will be released on Septemer 5, 2014. It's very interesting things he mentioned. Have fun reading the interview.

Markus’ Heavy Music Blog: Hej Björn, good to have you on the phone. How are you doing?

MHMB: You’re in Berlin right now, what I understood. Pretty exciting I guess since the German football team is coming back from Brazil today. Berlin must be in a state of euphoria.

Björn: Yes, that’s true. Everything is pretty crowded here and we can see that everybody is quite happy. You guys did very well and we maybe manage to catch a glimpse on the players later on. We even heard that people have been partying till Monday morning with some drinks and fireworks going on. I guess the whole night was pretty f**king cool.

MHMB: So you guys have really chosen the right moment to be in Berlin. Well planned ;o)

Björn: That’s right. I’m actually a fan of German football and you could see it already after the first games that they will get pretty far in the competition.

MHMB: But something more exciting is coming up soon as well. In Flames worked on a new album, which will be released quite soon.

Björn: Indeed. We are super-happy, as you can understand. It’s something we are really proud of and it clearly shows where In Flames stands at the moment. And we can’t really wait to play the new songs life. That’s what we want to spend our time with. MHMB: Have you got already some first reactions when it comes to the new record?

Björn: So far of course it’s only media people since they had a chance to hear the album already and they have been mainly pleasantly surprised. Most of them like what we have done and that’s cool. But it’s even more important for us that we are happy with what we write and produce. This means that the songs are authentic and honest. For us this is an important fact because you can’t get on stage and play songs you’re not totally in love with. And we are very proud of it and we are fully standing behind it. Every additional positive reaction is more like an extra bonus to us. And again, first reactions have been positive and people dug deeper into the album than just listening to the first song.

MHMB: I had the chance to listen to the album a few times and I have to say, that I really like it. But I was surprised a bit that it has a more melancholic, maybe even darker, approach than the latest releases. You could hear this already a bit with “The attic” on “Sounds of a playground fading”. But here it seems you’re going one step further. A conscious decision?

Björn: I think that this was something, which happened during the recording. I’m actually a very positive guy, but the music doesn’t really reflect that. When we put all parts of the songs together it actually never came to my mind that it sounded dark or melancholic. I think it happened in the studio and also the lyrical concept puts that melancholy into it too. It didn’t feel depressive while we recorded the songs, but if we listen to the songs now I can totally understand what you mean. I just wonder for myself where this comes from. So it was not something conscious. It was probably more the vibe of the studio, the mix has something to do with it, but for me it’s mostly the lyrics, which gives the album this expression.

MHMB: That gives the album a very authentic atmosphere and it also feels like that this is something that just happened. I think you can hear this in the songs.

Björn: True. A good way how to describe it. MHMB: Taking about the vibe of the studio. You have recorded the album in Berlin in the Hansa Tonstudio. How come?

Björn: Exactly. It was another time when we recorded outside of Gothenburg. Nowadays we probably could record everywhere since the technology is so good. You’re not relying on a 2-inch tape anymore. You can have a small computer with you and record everything you want. I think it’s more the vibe of a studio that makes the difference. I didn’t actually think that much about. But it was Anders who was here in Berlin almost a year before we recorded. He visited the studio and came back with the feeling that this is exactly the studio we should record the next In Flames album. And the result proves that he was right. Next to that we had the chance to be in Berlin for six weeks, which was fantastic. So many things are coming together in this city. It’s a great mix of history, cultures…

We actually had two apartments during those weeks in the middle of Berlin-Kreuzberg. Already just this fact was very inspiring to us. It took a few days in the beginning to really appreciate it. This was also due to the fact that it was grey and cold weather. We were heading towards autumn/winter. But after a few days it felt already like being at home.

MHMB: The Hansa Tonstudio also have been booked by Iggy Pop, U2 and some others. Is this something, which also inspired you guys in a certain way?

Björn: I don’t think that it consciously affected us. You don’t even think about this while being in the studio. You focus on your songs and on your music. But I think, that it added something to the earlier mentioned vibe and atmosphere, which has an impact. I don’t think that it would be the same record if we had recorded it in Gothenburg or somewhere else in the world.

Björn: First of all I think that being three month in a studio is way too long. But we had our own studio and we had the time so we thought ‘let’s try it once’. But on this album we wanted to have some extra pressure. I prefer to have some deadlines and some dates – at least in my mind. It’s good to have those directions. It helps me a lot. I also have to say that from a creative standpoint pressure can also be something positive. You shouldn’t kill you darlings, but it helps you to focus on what is important.

MHMB: That was one of my thoughts when I heard the album. It sounds that there was less time for discussions and compromises. For me this vitalized the album since the songs are more diverse.

Björn: Indeed. And it was the right time to do this. Maybe it’s different next time – I have no idea. But it feels good to have it done like that way this time.

MHMB: You have a song called “When the world explodes “ on the album, which is almost a duet I would say. Anders gets support by a female singer. Who is that girl?

Björn: Her name is Emilia Feldt and she’s a professional soprano and it’s really good what she does. It’s the difference between the heaviness, the aggressiveness and the ‘right into your face punch’ needed something like this. When we did the chords for the song we always had the idea that something doesn’t feel right. It was actually Daniel, the vocal producer who came up with the idea to do something different. We than decided to not go for the typical ‘metal female vocals’. Again, we wanted to do something different. And in the end I have to say that it fits pretty well in the overall concept of “Sirens charm”. In a way it is her voice, which can be seen as the siren. So it was exactly what the song needed and I was happily surprised when I heard the song for the first time – it was actually in Peter’s car. It was a ‘wow’ to me since the song gets an almost epic vibe by having her vocals as part of the song.

MHMB: I also think that it’s the right spot on the album. It gives the album an unexpected twist halfway, which makes it very diverse and surprising.

Björn: You know, in one or another way we are very oldschool in this issue. We put a lot of focus on where the songs are positioned on the track list. We want to have a start and an end – but something important in between. That’s how we put together the track list, but actually we also build our songs in that way when it comes to the arrangements and so in. It’s a lot of thoughts what we put in these kind of things. Songs and track list needs to have a nice flow. That’s important to us.

MHMB: You mentioned the live shows. In Flames will be on tour in Europe during this autumn. What can we expect? Have you guys thought already about the set list?

Björn: Well, we started to talk about. It’s not easy nowadays. We have just 90 minutes and we want to present everything we have done so far. We are talking about roundabout 150 songs, which makes it harder and harder. And than it’s the new songs which are fresh and inspiring at the moment. I guess it will be a good mix between new songs and old classics which fans expect. It’s hard to say at the moment which one it will be, but it will be a good show, for sure.

MHMB: Bjorn, it was great to have you on the phone and it was good to get some new first hand insights into “Sirens charm”. I’m looking forward to see you on tour.

Björn: Yes and thanks for having me. 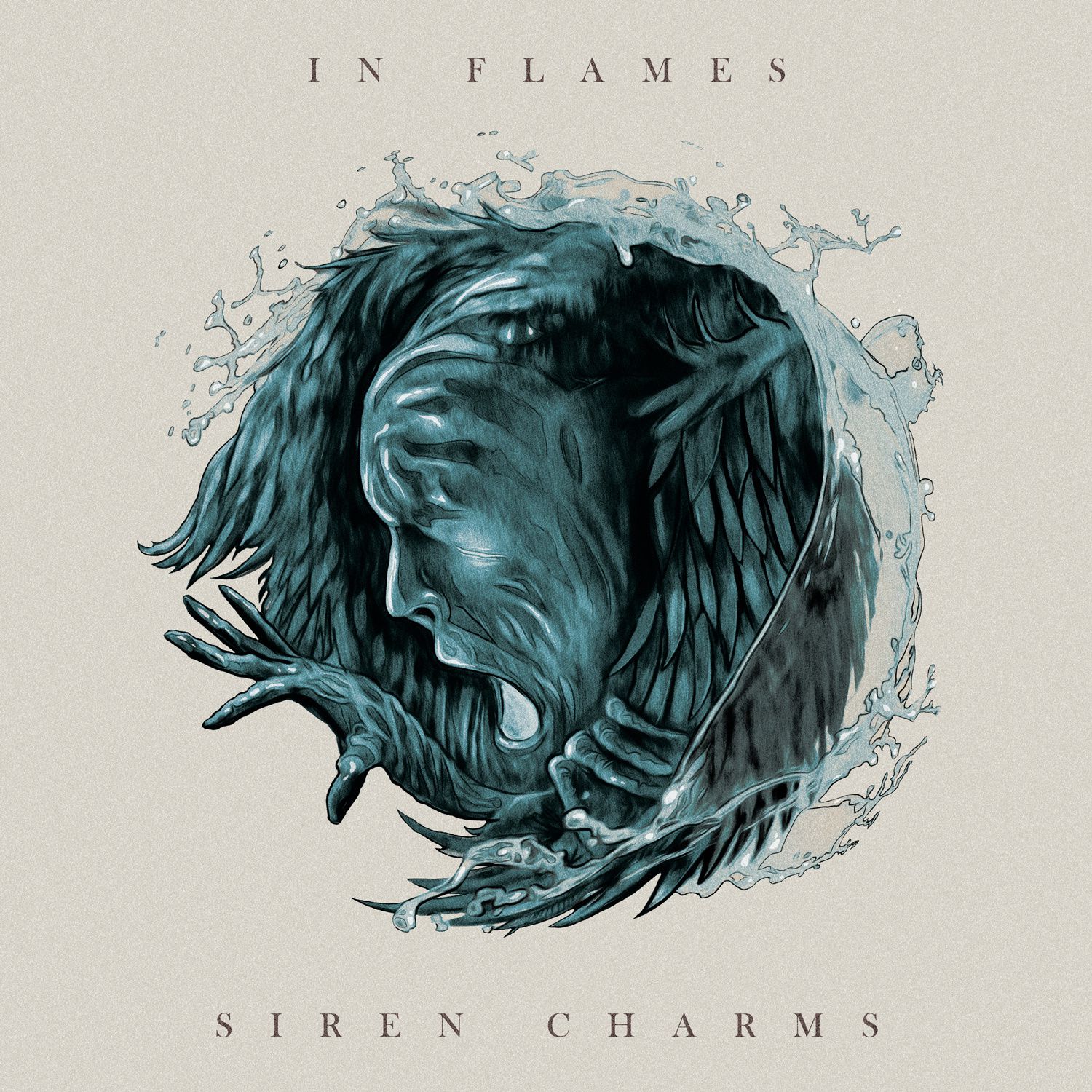 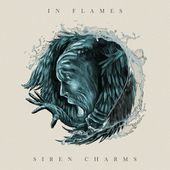 Swedish death metal / modern metal band In Flames worked on their 10th studio album which will be released on September 5 via Epic/Sony. The first singel will be called &Rusted nail&. The cover for