(8/10) Hardcore from Montreal, Québec - that's Obey The Brave. I have to admit that I haven't heard about the band before, but I must say that their latest release "Salvation" convinced me. "Salvation" is the second full-length album from the band and follows the 2012 disc "Young blood".

The band was founded  in 2011 by singer Alex Erian, John Campell (g), Miguel Lepage (b), Greg Wood (g) and Steve Morotti (d). Eventhough some of the guys have a deathcore history Obey The Brave goes very much in to hardcore direction, with some metal influences.

The opener "Short fuse" comes in best Agnostic Front attitude. Heavy guitar riffs and an enormous groove dominate the song. I like with Obey The Brave that they don't play as fast as possible. The rhythm and the groove is what is in focus. What goes for the opener is present in tunes like the mighty "Next level" and the bouncer "Brave the fire". The galloping beat just hits you right into your face.

The faster tracks are present on "Salavation" as well. There is the speedy "Up in smoke" which reflects the punk roots. And "I am winter" is one of the uptempo numbers too.

All those tracks gain by the slightly hoarse vocal from Alex Erian. This guy shouts out all his pissed-off attitude and by doing this he gives the song the characteristics.

The most melodic track on "Salvation" is probabaly "Lonewolf". It stands a bit out from the rest, but still fits on the album. It adds some variety to the entire sound of Obey The Brave.

This is really heavy stuff. Thumbs up. "Salvation" is their strongest release and I like the album. 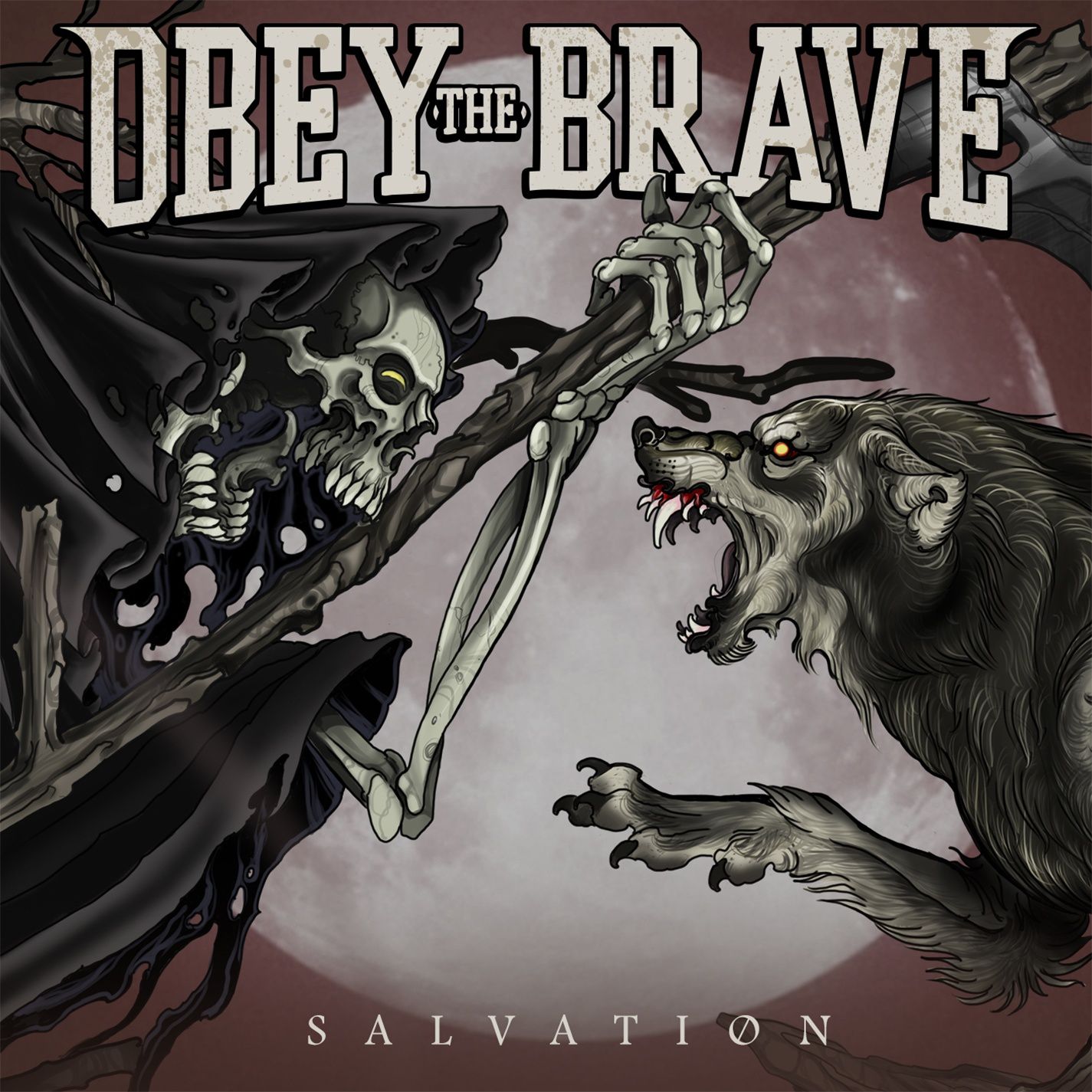