(9/10) "Songs from November" is the new album for music mastermind Neal Morse. The multi instrumentalist is well known from bands like Spock's Beard and Transatalantic. He belongs to the established musicians in the prog rock scene and this is what I had in mind when I put his new solo album into the CD player.

But already after the first notes I was surprised of what I heard. Instead of prog sounds it was grooving rock music which came out of the speaker. Quick check of the CD. Is it really Neal Morse. Yes, that's what the label says. OK.

"Songs from November" stands for excellent rock music which isn't connected to the Neal Morse prog rock history. A good description is given by the musician himself when he sings in "Flowers in a vase": "Light up the fireplace, let's slow down the human race. I sing you a song I wrote today". I couldn't have said it better. The songs are the perfect soundtrack for a lazy and grey November Sunday afternoon.

The opener "Whatever days" surprises with the horn section. It fits perfect to the song which builds on a perfect melody. The tune has a lot of soul. The same goes for the last track on the album "The way of love".

"Heaven smiled" reminded me to John Denver since the track has a real singer/songwriter approach. Morse shows another new side of his musical creatifity which is quite cool.

In general the album is a very reflecting one. It seems that Morse thought a lot about life in general during the songwriting period. I also could imagine that he included won experiences in the lyrics of certain tunes.

There is a kind of sad basic mood, which goes for all the tracks on the "Songs from November". But mostly this is connected to a positive statement too. An example is "Daddy's daughter" in which he reflects on getting older and see the kid getting adult as well. It's about letting loose in one or another way by still keeping the good times in mind. The theme of 'letting loose' or 'saying good-bye' is even more intense in "My time of dying". Reflections of person that's life is fading away. It is a very soulful tune, but even here Morse gets the positive part in as well. It's the end in one or another way, but actually it's not. Impressive and heart-warming.

I appreciate the fact the Morse entered new and unkown territory. If 'prog rock' means contemporary music with an touch of development and future orientation this record is even 'progressive'.

"Songs from November" became an excellent rock album from Neal Morse which is for me a highlight of this years releases. 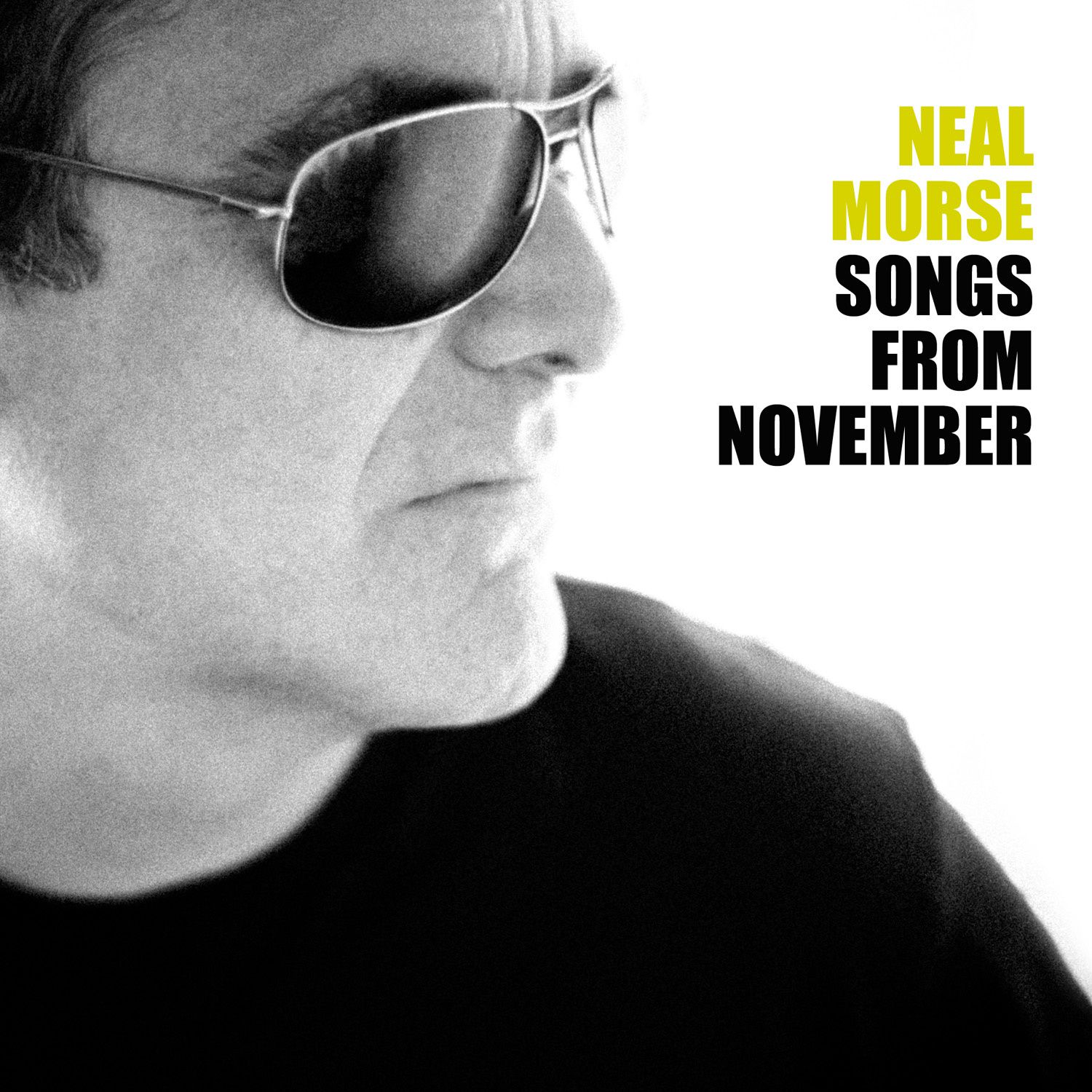