(9/10) German metal legend Accept is back with "Blind rage". This is the name of the new album which is no. 14 in the 43 years long history of the Teutonic metal masters. And it is already record number three in the new line-up.

I don't think that anybody was thinking about such a successful reunion when the band reunited in 2009. But life meant it good with Wolf Hoffmann, Peter Baltes, Herman Frank, Stefan Schwarzmann and the man behind the mic: Mark Tornillo.

I can remember having seen the band in May 2010 in De Pul in Uden, Holland. At that stage they haven't released "Blood of nations' and built the set on old classic with I think one or two new songs ("Teutonic terror" and "The abyss"). At this stage it was obvious, that Accept is back. It was mainly two fact which gave me this idea. The fun and passion of all five musicians and the fabulous voice of Mark Tornillo (ex TT Quick).

The album has everything you want and expect from the might German metal institution.

"Stampede" kicks off the album. And nomen et omen. It's a metal stampede which you have to face. Starting with a typical Accept riff the energetic songs demands already a lot from you. Couldn't be a better start. And it continues that way. "Dying breed" is a typical Accept midtempo rammer with the polyphonic chorus. The German metal forge from Solingen has the capability to write songs which always live up to the bands trademark and still sound new. This is a gift, which also makes this album very exciting.

That Accept can also write slower more epical songs is what we know and they prove it again with "Fall of the empire". And finally we hear the "Ohhohho" parts again. The songs has a pounding rhythm section and comes very heavy. The most catchy song on the album stands out too. "Wanna be free" is very melodic and for Accept standards almost a bit too soft. But I like it. Another of my faves on "Blind rage" got the name "From ashes we rise". It could almost describe the success story of the band after the reunion. The quintett really stood up from the ashes and came back stronger than ever. The base for this track is the pounding bass from Peter Baltes which drives this tune. The end of the album is fast and heavy again. The "Final journey" takes five minutes and is build on the heavy riffs from Hoffmann and Frank. If you hear the guitars you know, that it must be Accept. The only thing which is in your mind in the end is why this "Final journey" took only 5 minutes. Already the solo parts cover more ideas than some other instrumental records. Very well done.

"Blind rage" continues where "Stalingrad" ended. Teutonic metal at it's best. I stop writing now, because I have to listen to the album again. Hopefully the 'metal heart' keeps on beating forever. 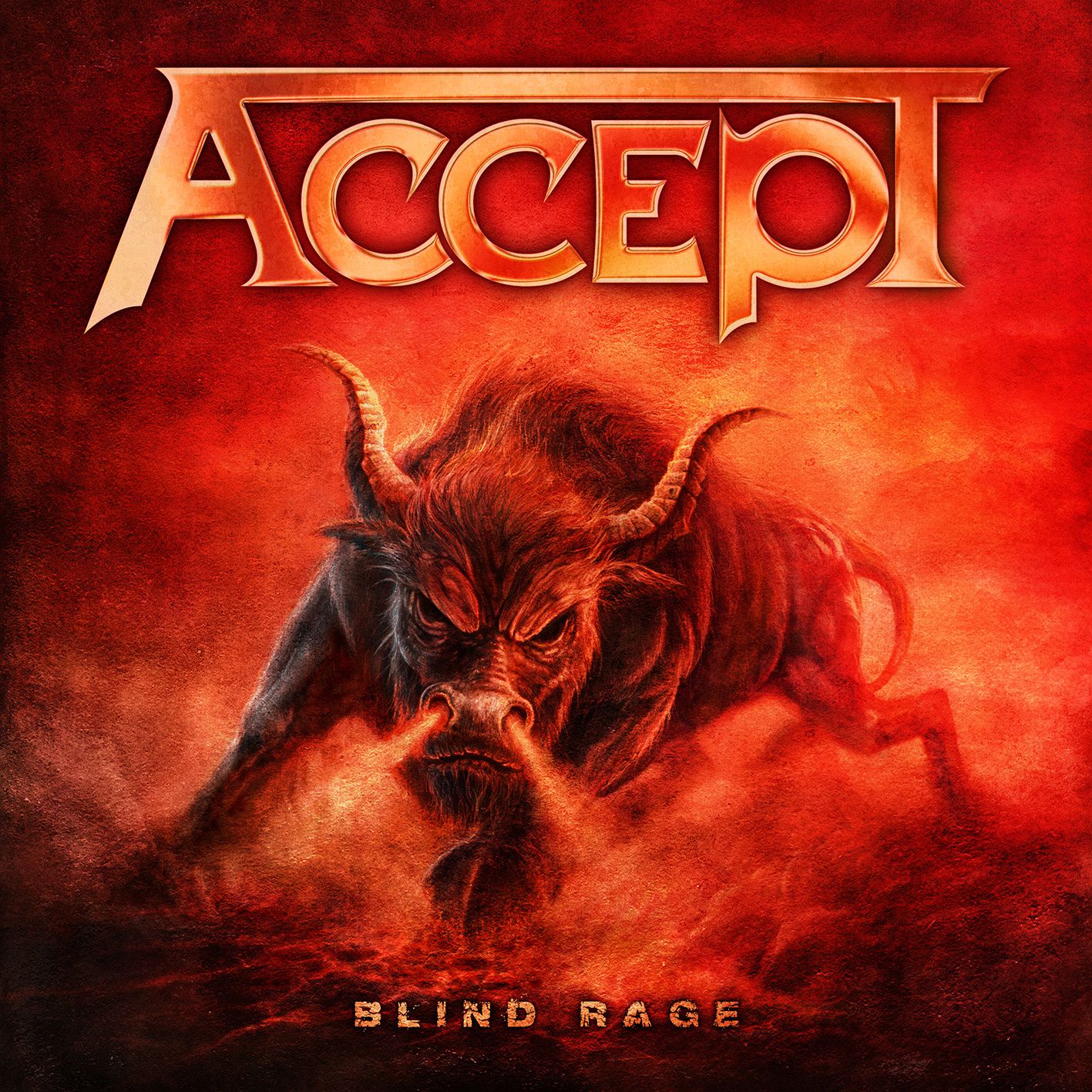