(9/10) Finest prog rock from the UK – that’s what Anathema stands for. It’s amazing what kind of change the band made. Some of you maybe can still remember the early days of the band ("Serenades") when they played a mix of doom and gothic metal. They even went on tour with Bolt Thrower and Paradise Lost. This was in the beginning of the 90’s.

In the meantime the band became a constant factor in the prog scene. Anathema underlines this with their new record „Distant satellites“. The release date fort his thrilling new record is June 9. A day you should mark in your agendas.

The heart of the new album ist he trilogy „The lost song“. It was in 2009 when Danny Cavanagh wrote a riff, which could have become a great song at that time. But unfortunately the riff disappeared from the computer and was lost. Lost forever? Probably yes. All rescue actions didn’t succeed. The riff was gone. The „Lost song“-trilogy on „Distant satellites“ is the attempt to recall it and get the idea back. But it didn't came back.

The good thing is, that it inspirened the band to write three new high standard song. Listen for example to the opner. It’s an almost six minutes long masterpiece of prog rock. It shows the high level of energy which goes with the band, but it also shows the more silent and fraglie side too. All combined in this song. Or listen to the swinging „part 3“ of the „Lost song“ story. The melancholic melody is enchanting. The album has with „Anathema“ also for the first time a tune which gave the band their name. It’s a silent track, it’s slow and it carries a lot of emotions. Another remarkable tune is the short „Firelight“. The song is purely based on keyboards and makes you dreaming. Rock music or not; this track is just great. You could see it also as an longer intro for the title track. There is an almost seamless transition. "Distant satellites“ is a passionted and relaxed track which shows the beauty of melody and harmonie.

The production of „Distant satellites“ is beyond each doubt. The record was produced and mixed by Christer-André Cederborg in his own studio in Oslo, Norway who did an excellent job.

The album is rounded off a typical Anathema cover. This time it was created by a Korean guy. His name is Sang Jun Yoo and he a new media artist. Coinsident or not; the red color reminds a bit to „A natural disaster“ and „Hintsight“.

All Anathema fans will love the new album. It’s an album which will probably also bring new fans to the band. If you never heard about Anathema yet I also can recommend you the latest live album (see link), which gives a good overview about the songs and music of the band. 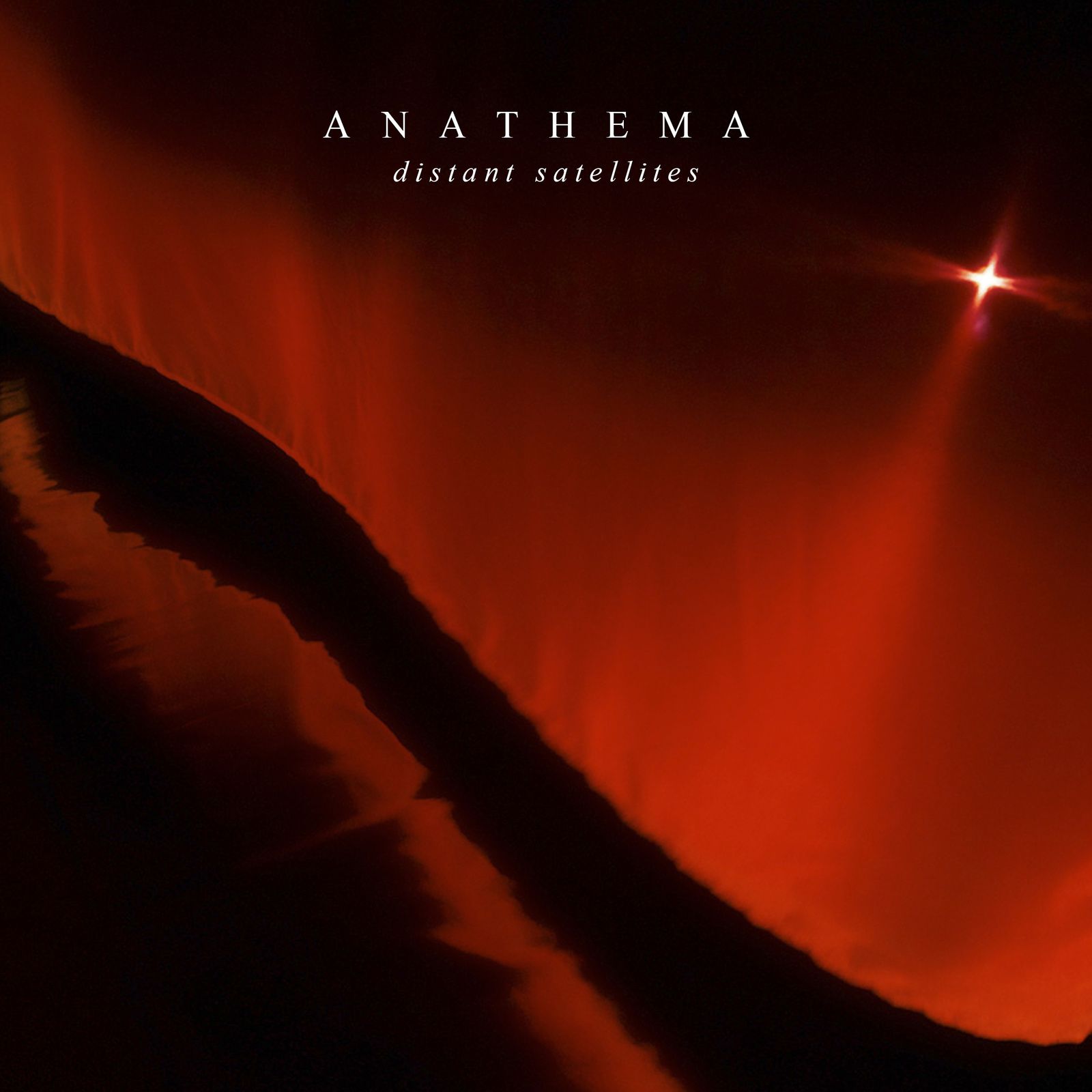 Anathema went through a remarkablehistory. Starting as a doom band with some death metal influences, followed by a phase of gothic metal the band developed into a progressive rock band. What a ... Prog rockers Anathema will be on tour later this year. Here are the dates: Source: Anathema on Facebook