(8/10) It was the year 1982 in Houston, Texas when Helstar was founded. Power metal is what they wanted to play. And they did it and still do it. Records like "A distant thunder" and "Nosferatu" are still highlights in my vinyl collection. Sad enough that the band never got the attention which they actually deserved.

Four years after releasing "Glory of chaos" the guys from Texas bring out their new album "The wicked nest". Whilst the predecessor was with its thrash elements the hardest album the band ever produced, the new disc is more intricate. Not that we are talking about prog metal. That's not the case. It is still US metal which comes out of the speakers. I just had the feeling that it became more complex and reminded me to Sanctuary.

A constant factor in the band is James Rivera. His voice fits perfect to the US metal of the band and with songs like "This wicked nest" he has the chance the show the full range of his vocals. When it comes to the songs I have to say that I'm more convinced by the tunes of the second half of the album. There are real highlights like the almost doomy "Cursed". For me one of the best songs on the album. The same goes for the closer "Magormissabib" which is a real fast anthem and a headbanger per excellence. Heavy guitars and Rivera's screams make this song standing out. The same goes for the ultra-fast "Defy the swarm". This is almost speed metal and sounds a bit like the older Agent Steel in some parts. Really cool. I just wonder why not some of those songs found a higher position in the tracklist.

The only bad thing with this record is actually the cover. This piece of music would have deserved a much better illustration and I just wonder who approved this choice.

"The wicked nest" is an album which will be liked by all fans of US metal and power metal. I think that it doesn't reach the outstanding level of the older band classics and also "Glory of chaos", but it became a solid piece of music which is a real headbanger. 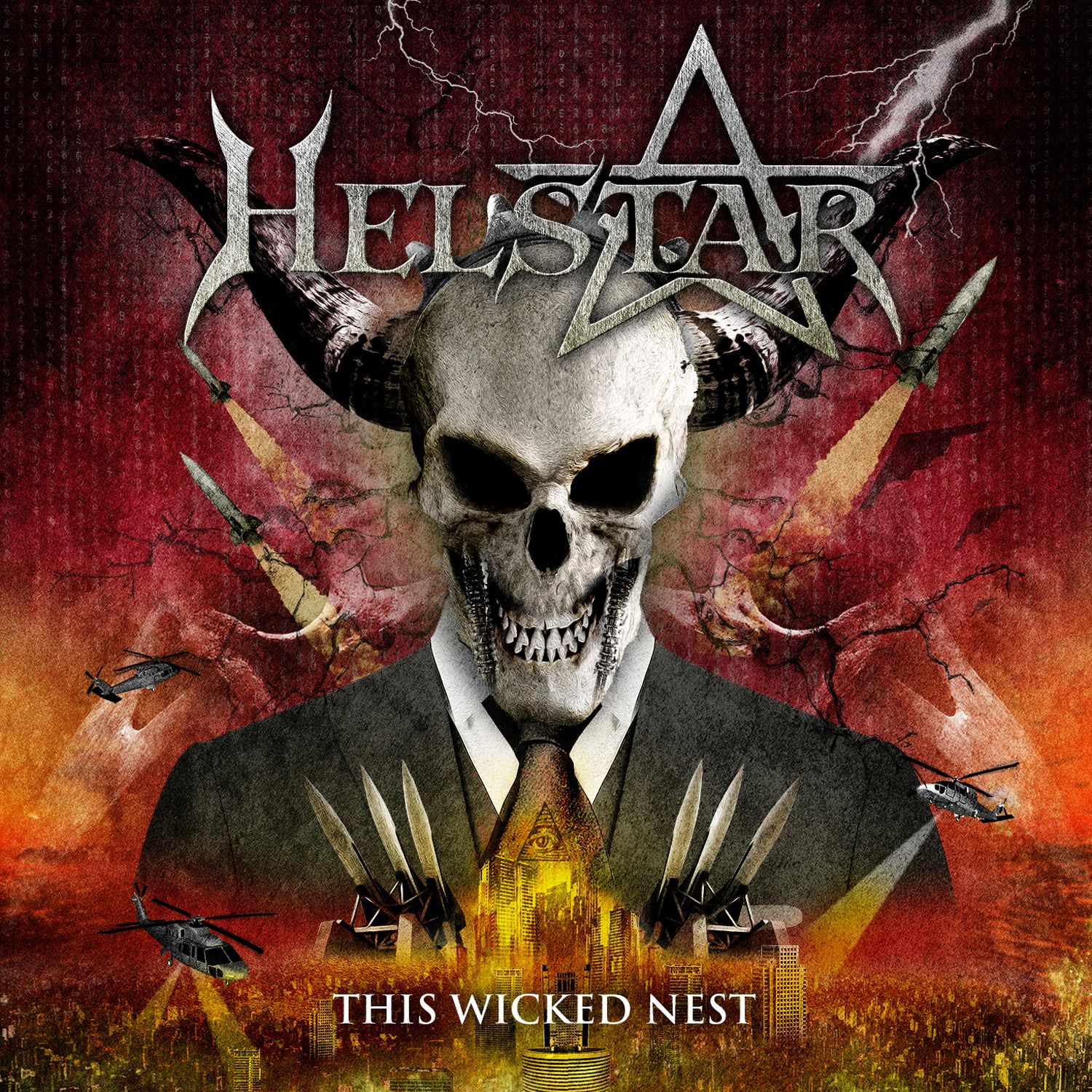