The Patronaat is a nice venue in the city center of Haarlem in The Netherlands. The smaller of the two halls can handle 350 spectators and was almost sold out. Prong is still known and has a lot of fans. That was a good signal, since I have seen a few shows from other bands in the last months which played in half filled venues.
Before the trio from New York entered the stage it was time for their support band. It was KLOGR (spoken: 'Kay-log-are') from Italy who got the opening slot for this tour. I haven't heard from the band before eventhough they are not totally new i the business. The main guy behind these guys is  Gabriele "Rusty" Rustichelli on guitar and vocals. The music of the band has an modern metal touch and I had to think about bands like Adrenaline Mob and Drowning Pool. Klogr did a great job as an opener and prepared the scene for Prong very well. This was also obvious due to the fact that the venue was already filled quite well during their show. But of course everybody came to see the groove metal guys from the US. After a short break (quite nice to see the stage covered with a curtain during the stage preparations) PRONG started around 21:30. This was the beginning of an one and a half hour long show which was pure rock'n'roll. It was a journey though 19 songs which have been full of riffs, power and energy. No signs of jetlag from the guys (they arrived two days before the show), just pure passion.
The start couldn't have been chosen better. "For dear life" and "Beg to differ" from the album with the same title set the tone of voice. Heavy riffs and a lot of groove pumped a lot of energy into crowd. The setlist in general was well chosen. Doubtless, there have been the band's classics like "Beg to differ", "Broken pieces" and "Snap your fingers, snap your neck". But also the powerful "Revenge best served cold" from the last record found the way on the setlist and is of course a perfect live song. But Prong also decided to add two new tunes to the gig. It has been the opener of the new CD called "Turnover" and the title track from the coming album "Ruining lives" (release date: 25.4.14). Both songs work perfect in a live show, esp. since Prong played them much harder than they are on the coming album.

All band members obviously enjoyed the show. Tommy was constantly in motion and in contact with the audience. The same goes for the guy on the bass. Jason Christopher did a great job eventhough he looked pretty absent during the first 2-3 songs ... due to whatever. But the stage acting afterwards was excellent and the trio delivered a great show. This led to a highly enthusiastic audience and a great atmosphere during the show. This is entertainment as it should be.

After around 90 minutes the first tones of "Prove you wrong" filled the venue and it was clear to everybody that the end is near. Prong hammered this song into crowd and finished a great show. 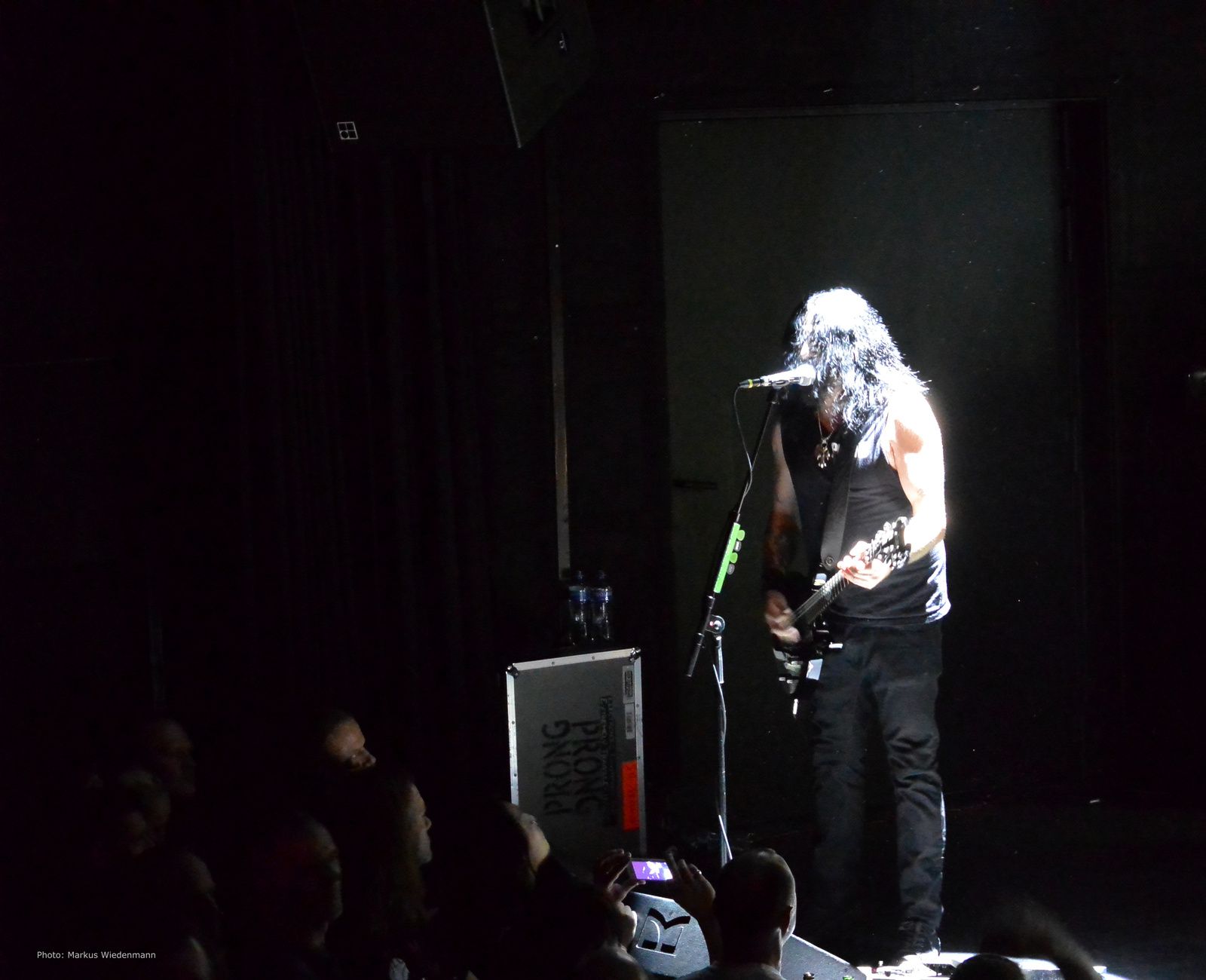 To mention also the very good accoustics of the show. Not only Prong, but also Klogr got a clear, heavy and dense sound which fitted perfect to this kind of music. Well done and a (loud) gift for the ears.
All in all it was a great evening with a cool support act and a mighty headliner. Next time again! 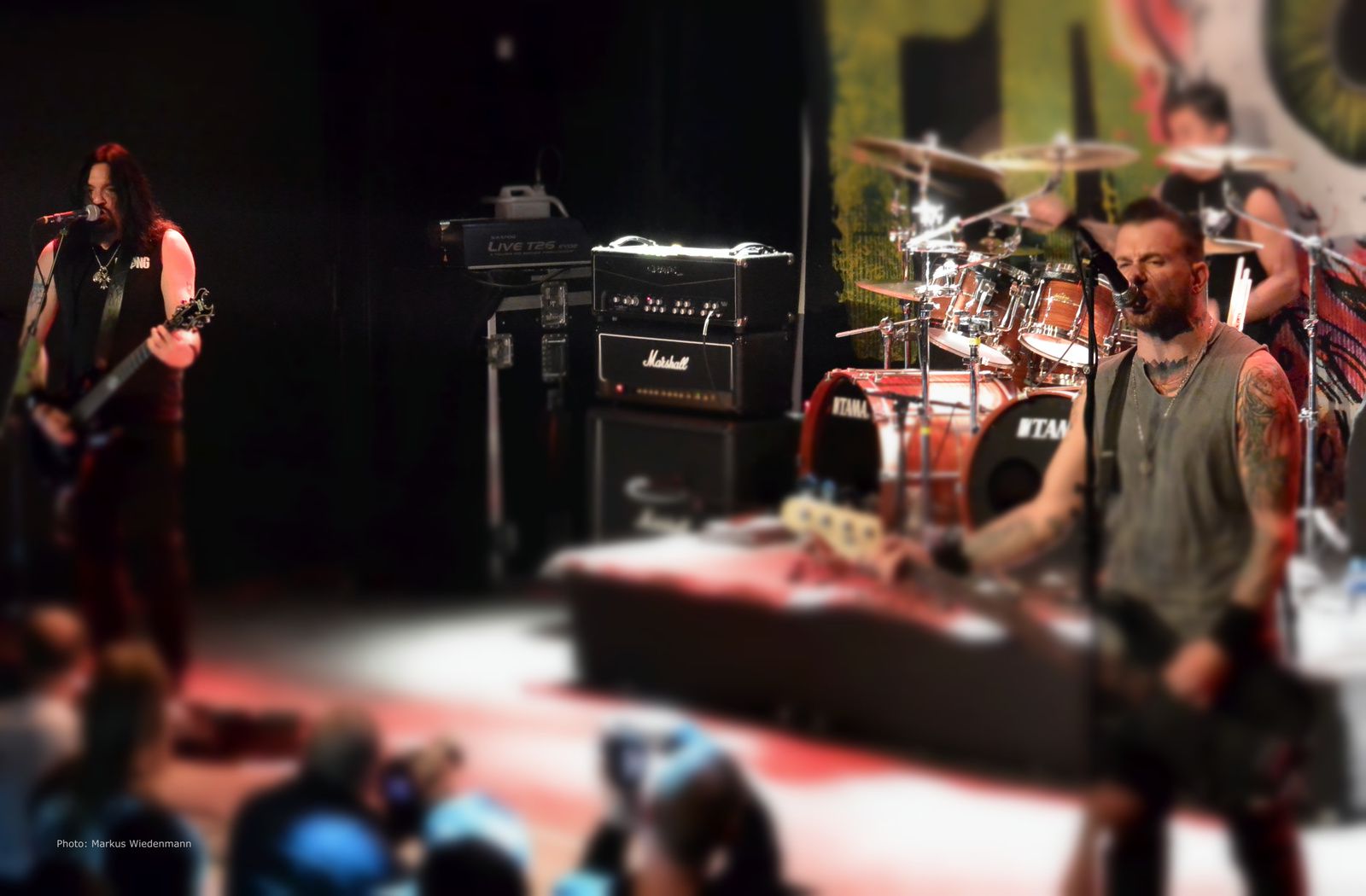 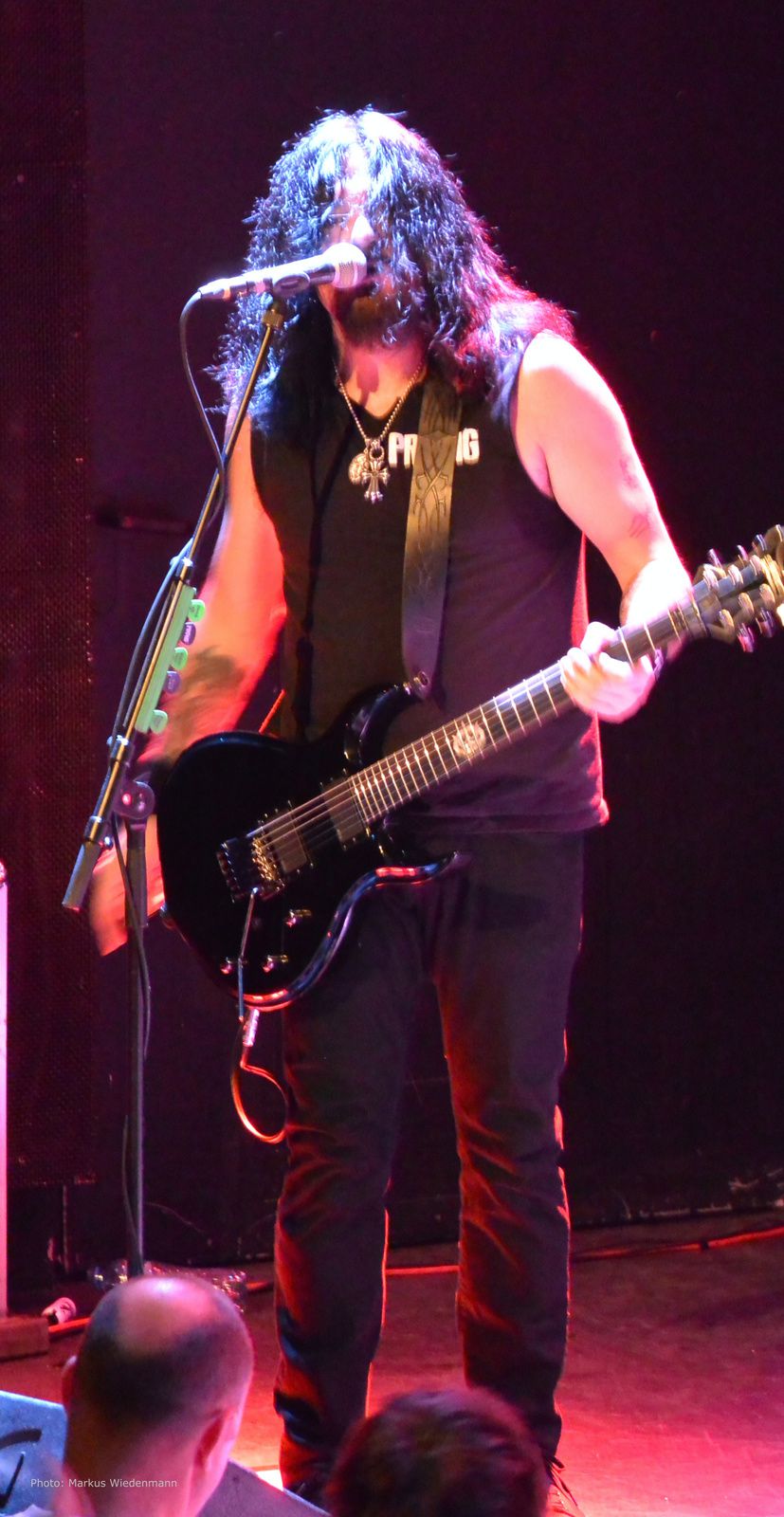 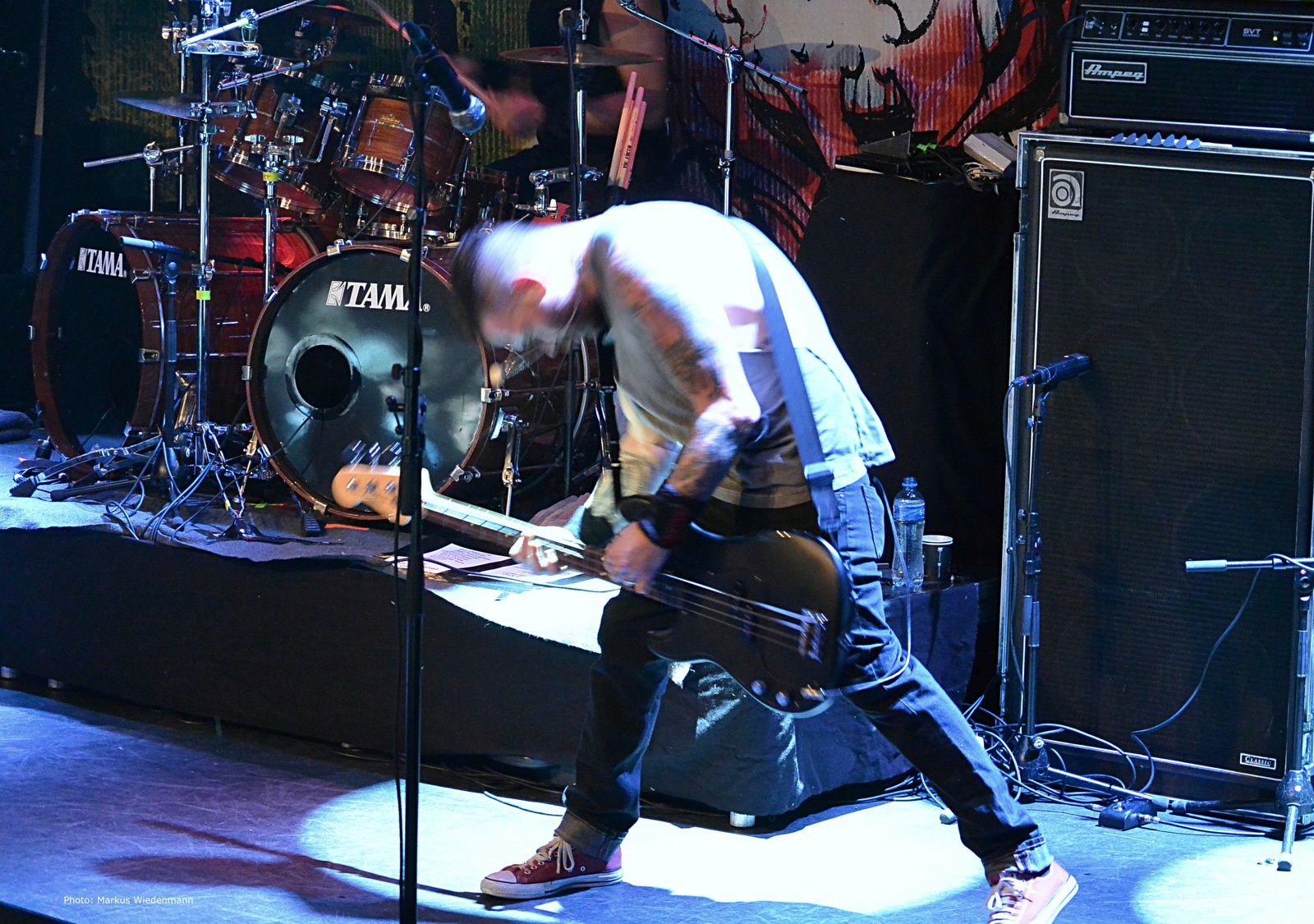 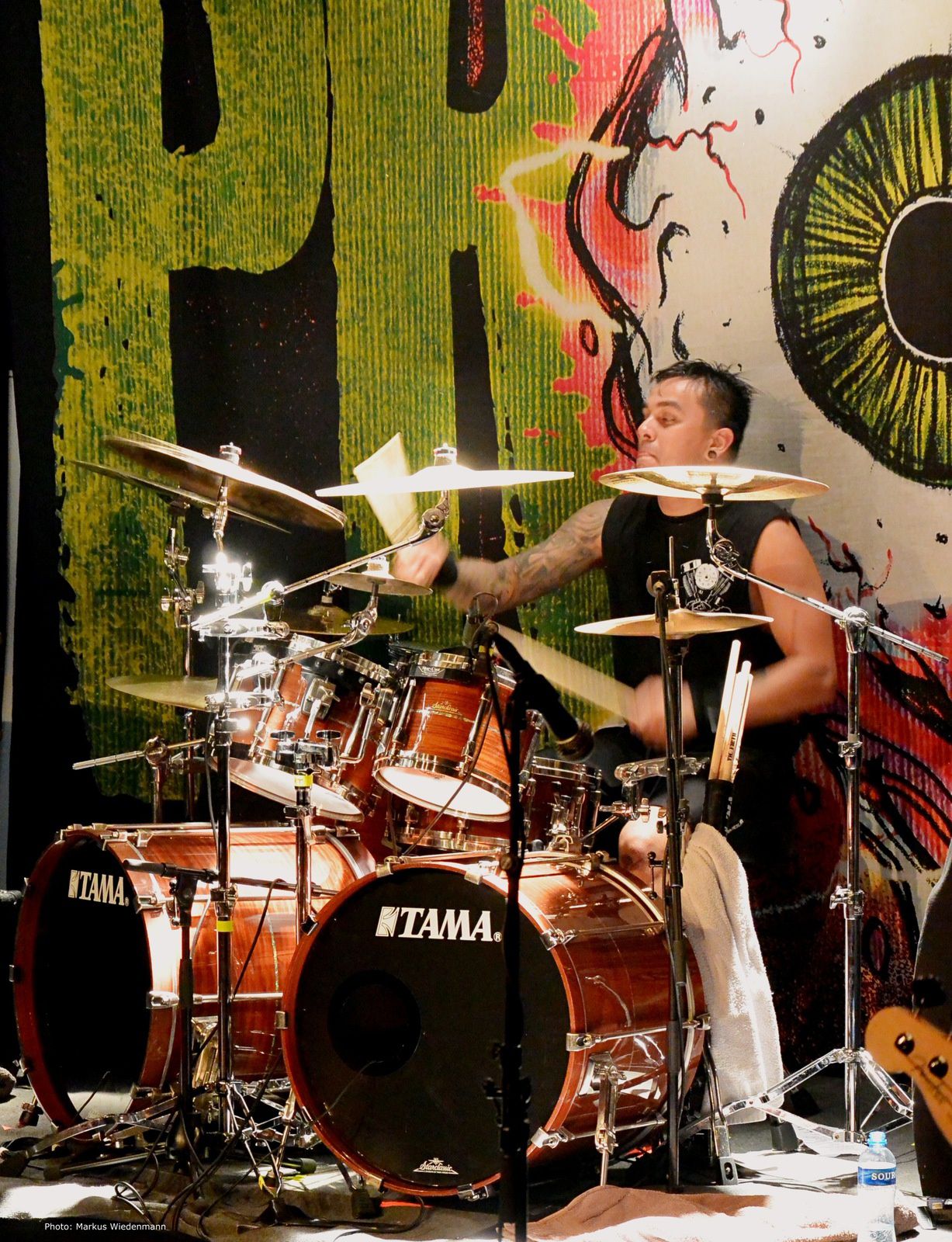 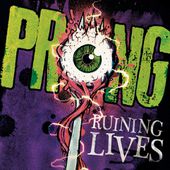 (8/10) My first connection to Prong was in 1990. A friend of mine gave me an album called &beg to differ and advised me to try it out. So I did and I was impressed from what I heard. Esp. the title