CD review NERVOSA "Victim of yourself"

(7/10) Some things which are special with this album. The combination of Brazil, three women and thrash metal is pretty unique. When I heard the album the first time I was not looking into the booklet and the extra information. I just wanted to get an idea about the music first. And this impression was good. Cool thrash metal, a bit of oldschool which reminded me actually to the German thrashers Destruction. But after a few songs I was doubting if this is a man behind the mic or not. So a look into the extra information was needed and indeed: Nervosa is female fronted. And not only that, it's actually a female thrash trio. And they sound cool.

The album comes with 12 songs in total. My faves are actually the shorter once. Those are really to the point. You could say that they are are right into your face. Tracks like "Deep misey" and the blazing fast "Uranio em nos" are really energetic and strong. "Deep misery" has also some references to Sepultura, esp. with the guitar sound. Included moshparts like in "Nasty injury" might lead to neckpain due to intensive headbanging. So it could be really a nasty injury - nomen et omen. Another good one is "Into mosh pit" with the heavy drumming and the brawly vocals from Fernanda Lira. The chorus is a pleasure of oldschool thrash and I guess the song could become a live show highlight.

What I miss with this album is the diversity. The songs sound too similar and follow too much the same pattern. This makes it a bit hard to go through all 12 songs in one run. But this can look already different on a possible next album.

"Victim of yourself" is a good debut. It's a good base for possible next steps. Raw energy, pure aggression and the unleashed power are the benefits of the album. The girls seem to be hungry for more. 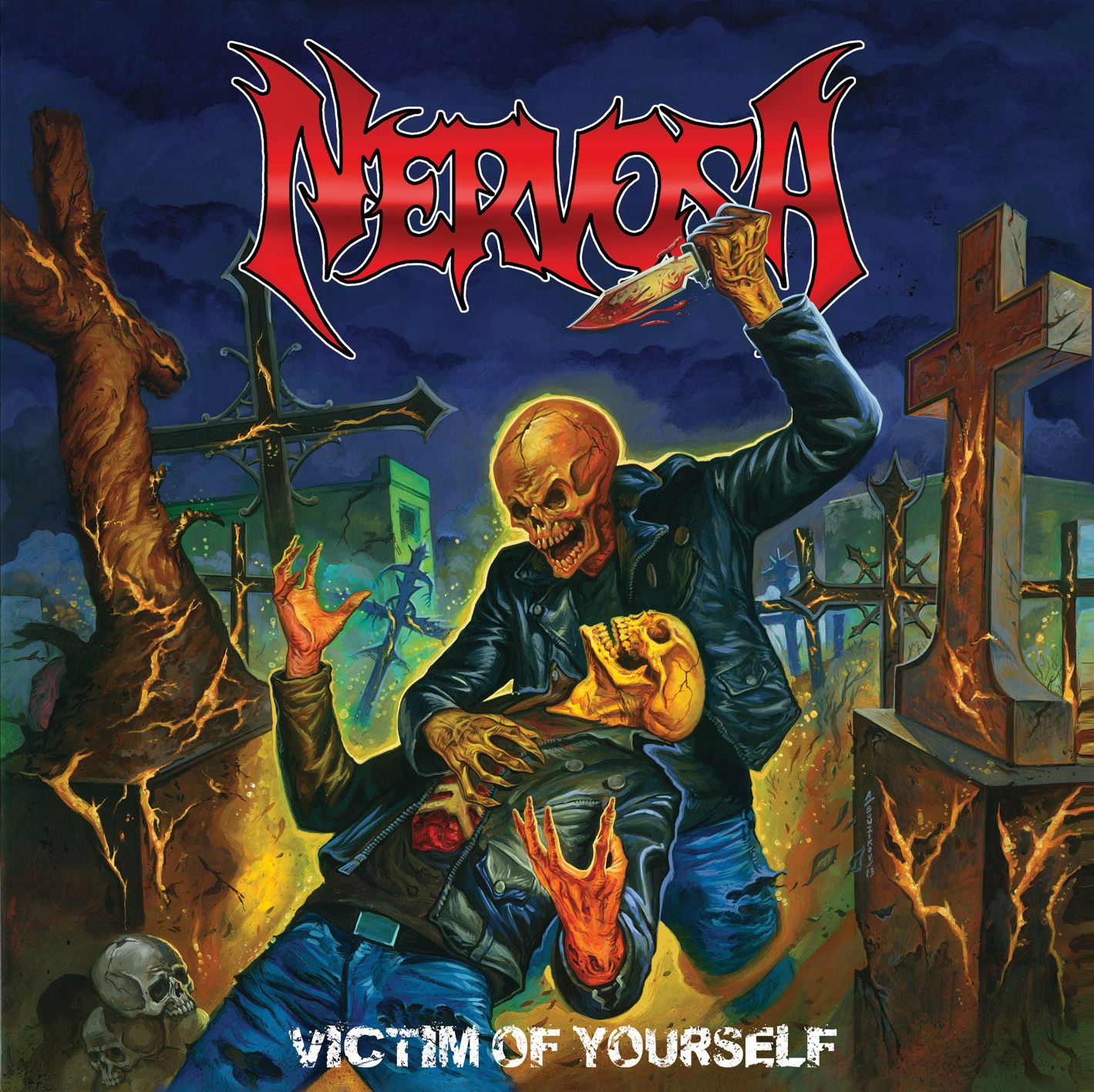