(9/10) Legion Of The Damned is without any doubt one of the most important thrash metal bands in the those days. The debut with songs from the old Occult days is still legendary. But the band didn't only face good times. The band had also to go through some bad/sad periods in the past. Guitarist Richard Eibisch left the band, the former bass player Twan Fleuren commited suicide and a break was needed which delayed the recording for the new album. It almost seems that the guys are a real Legion Of The Damned. But they never let these strokes of fate get them down.

Listening to the new album "Ravenous plague" I most say that I have the feeling that they but all the anger and frustration into this record. Legion Of The Damned got back stronger than ever. This album transfers raw energy and power. High speed thrash metal parts are combined with grooving mosh parts. A pleasure for each headbanger.

The album starts with an intro composed by Jo Blankenburg who also wrote film music for e.g. "Harry Potter" and "X-men". After the intro built up curiousity the album actually starts with "Howling for armageddon" and "Black baron". With those songs the opening became fast and furious. "Mountain wolves under a crescent moon" doesn't give you any rest either. It's a straight forward song with a pounding beat and a grooving middle part. The title track is another riff monster on the album. You have the feeling of standing in the middle of a metal thunder storm. Pure power and electrifying energy. The song is almost six minutes long and shows the capability of the band when it comes to song writing. Each break, lead and soli just fits. It makes this, but also the other songs really exciting - from the beginning to the end. It also shows that the band did a good job by hiring Twan van Geel. He contributes with some extra technical finesse to each song. "Doom priest" is far away from doom metal, but there are some slower, in the framework of Legion Of The Damned, parts included. The songs starts slow and with spoken words which leads to a gloomy atmosphere. "Summon of hate" is built on a mighty riff - a headbanger par excellence. Actually I could continue this way since all the songs have a high quality, but I think you should listen to the album yourselve.

Also to mention the production of Andy Classen. His name stands of course for high quality and he also did a phantastic job on this record. "Ravenous plague" comes with a full sound. 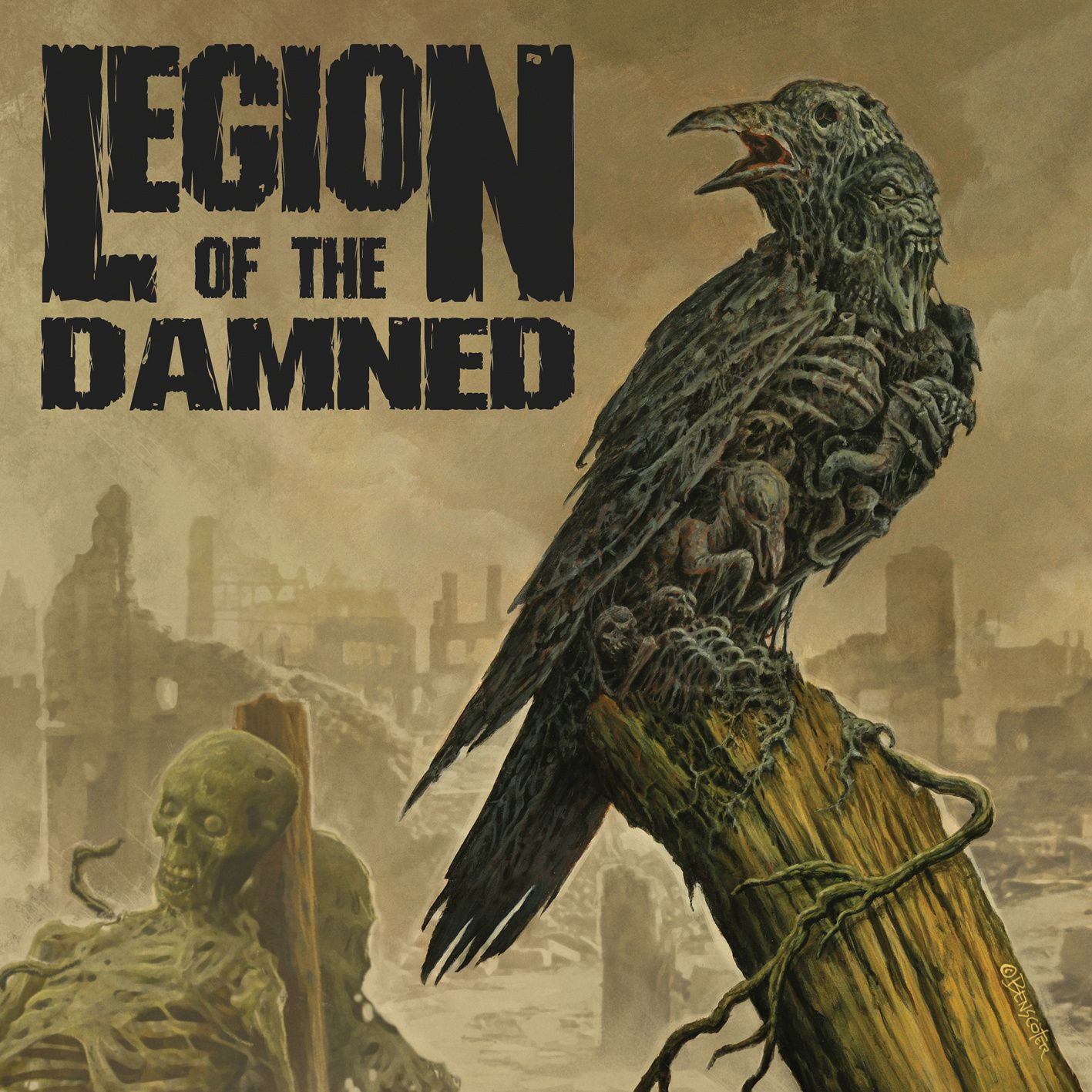 Sepultura is coming to Europe this summer. It will be a great package since they will be accompanied by Legion Of The Damned, Flotsam & Jetsam and Mortillery. Here are the dates for the fantastic ... Video clip from LEGION OF THE DAMNED

Dutch thrasher came out with another song from the coming album &Ravenous plague&. The song's called &Doom priest∧ underlines the position of the band in thrash metal. I'm curious about the whole