(8/10) If you listen to Imperial State Electric than you can’t imagine that Nicke Andersson started Entombed many years ago. And that he is busy with Death Breath.

Imperial State Electric has nothing to do with death metal and it also has nothing to do with The Hellacopters. The ones of you who are familiar already the earlier “Pop war” release know what I mean. Imperial State Electric play 70’s rock in the tradition of bands like T-Rex and The Sweet - and they do that in a cool and refreshing way. On their new record called “Reptile brain music” these influences got even more dominant.

The good thing with the band is, that the members are excellent musicians. This is shown already by the fact, that all of them can sing, like bassplayer Dold de Borst on “Reptile Brain” and all of them can play several instruments too. Remember that Nicke started in Entombed by playing the drums.

The fast rocker “Emptiness into the void” kicks off the album. An excellent start with speed, power and passion. Rock’n’roll pure. I also like “Underwhelmed” a lot. It is a mid tempo track with a great melody and a chorus which you can’t forget easily. A pure rock experience. “Repitle brain”, the title track’, is another song which I can recommend. I like it. Your body just want to move when you listen to these songs. The good thing with all the twelve songs is, that they are with 2:30 and 3:30 minutes to the point. With "Dead things” the album also has a ballad, which is far away from cliché. It is just a good song to listen to. Time for rock again? Sure. Just listen to “Born again”. Chuck Berry would be so happy if he could hear the track.

Those were just a few examples, but in the end all the tracks are from a high quality and the album makes fun to listen to. And I could imagine that the band can even top this in their live shows.

Another good album for Imperial State Electric which will strengthen the Imperial Army. 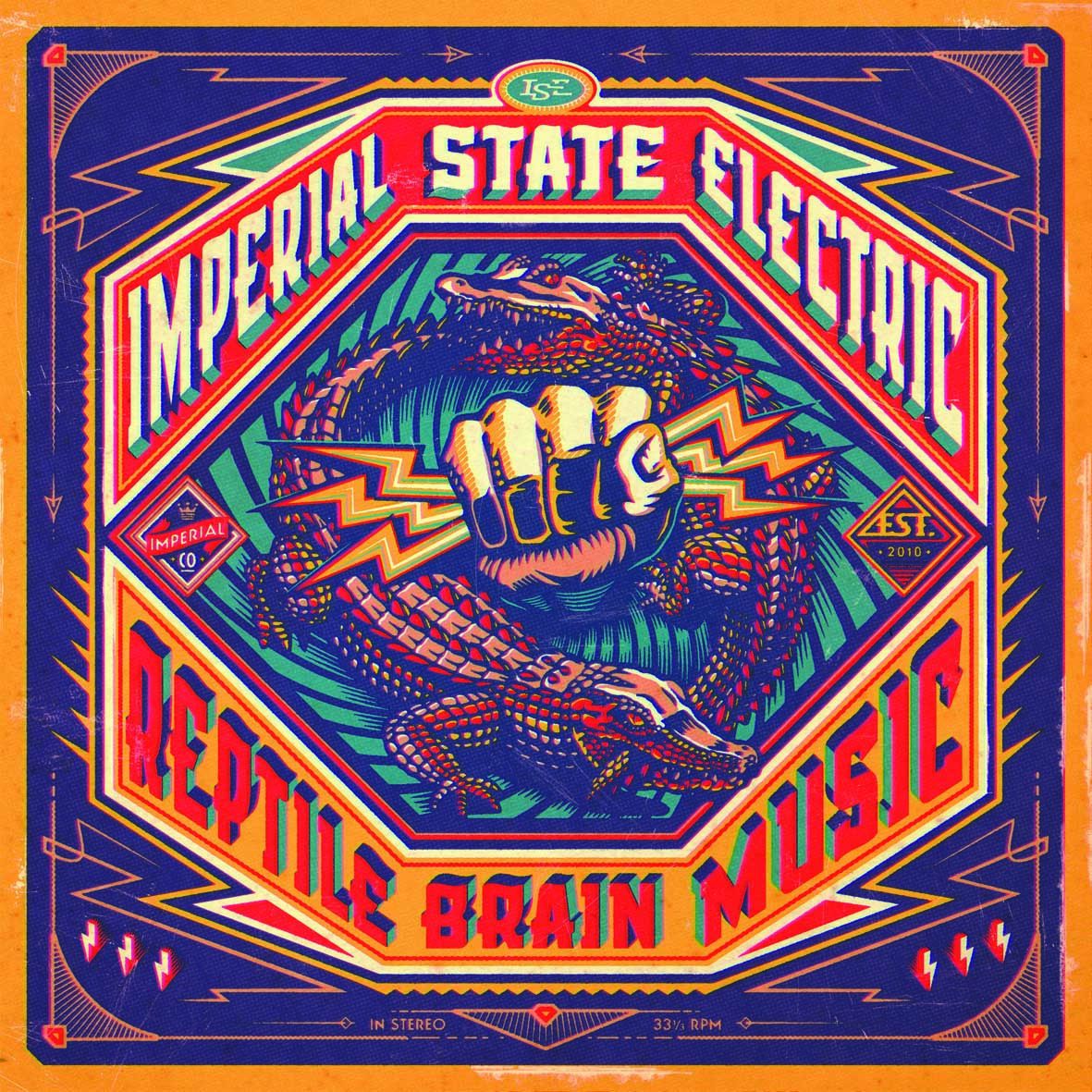